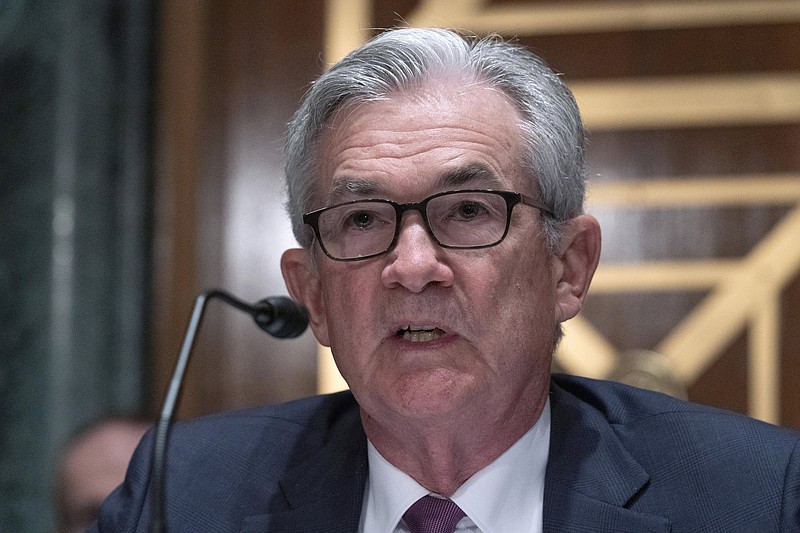 FILE - Federal Reserve Board Chair Jerome Powell testifies before Senate Banking, Housing, and Urban Affairs hearing to examine the Semiannual Monetary Policy Report to Congress, July 15, 2021, on Capitol Hill in Washington. Powell said Tuesday, Aug. 17, 2021 that the U.S. economy has been permanently changed by the COVID pandemic and it is important that the central bank adapt to those changes. “We're not simply going back to the economy that we had before the pandemic,” Powell said at a Fed virtual town hall for educators and students. (AP Photo/Jose Luis Magana, file)

WASHINGTON (AP) — Federal Reserve Chairman Jerome Powell said Tuesday the U.S. economy has been permanently changed by the COVID-19 pandemic and it is important the central bank adapt to those changes.

“We’re not simply going back to the economy that we had before the pandemic,” Powell said at a Fed virtual town hall for educators and students.

“We need to watch carefully as the economy continues to get through the pandemic and try to understand the ways that the economy has changed and what the implications are for our policy,” he said.

Powell said, while it is not yet clear if the delta variant of COVID19 will have further impact on the economy, the country has already seen significant changes since the pandemic began shutting the country down in March 2020.

Those changes range from the increase in remote work, to restaurants offering more take-out meals, to real estate agents learning to show homes virtually, he noted. Many companies have already made large investments in technology to adapt to the challenges the pandemic has presented.

“It seems a near certainty that there will be substantially more remote work going forward,” Powell said. “That’s going to change the nature of work and the way work gets done.”

Powell said the heavy investment by companies in new technology means there will be more jobs in the future associated with maintaining that technology but also potential job losses in industries focused on in-person contact. He said some of those industries may be moving to an “automated, no-contact model.”

This trend is already showing up in the jobs data, with the recovery slower in industries that rely on public interaction such as travel, leisure and hospitality. Those are jobs disproportionately held by women and people of color and typically pay lower wages, Powell noted.

“It may be that some of these people will have a harder time finding their way back into the workforce without more education and training,” he said.

He said there are millions of people who have lost service-sector jobs and remain out of work and need to be supported. “That’s a part of the recovery that’s far from complete,” he said.

Speaking to the audience of students and educators, Powell said the pandemic could turn out to be a historical inflection point that will allow the current generation of students to turn the lessons learned into “profound tools of change.”

Students who have lived through the pandemic will see the world differently, he said.

“You have seen a world upended, but you have also seen a world that is rapidly changing — sometimes more in one week than some of us have experienced over the course of decades,” he said.

At the town hall is an event started by Ben Bernanke, one of Powell’s predecessors as Fed chairman, and continued by former Fed Chair and now Treasury Secretary Janet Yellen. It seeks to highlight the importance of classes in economics.