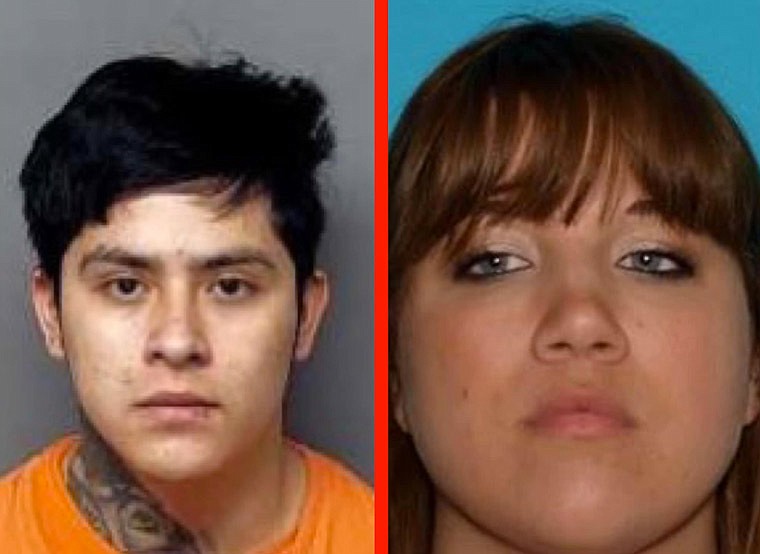 Robin Morales-Sanchez, left, and Sarah Beth Malki, were arrested Wednesday, Aug. 4, 2021, in Iola, Kansas, in connection with the investigation into the death of Moises Hernandez-Sanchez in Ashland, Missouri. (Photos from Ashland Police Department)

The man wanted in connection with a killing Friday in Mid-Missouri was arrested when police served a search warrant Wednesday in Kansas.

Robin Morales-Sanchez, 19, has been charged with second-degree murder, first-degree assault and two counts of armed criminal action in connection with the death of Moises Hernandez-Sanchez in Ashland.

According to an Ashland police press release, investigation revealed the location of Morales-Sanchez at a residence in Iola, Kansas, where Ashland officers and Kansas authorities served a search warrant and took him into custody Wednesday.

In addition, officers developed probable cause to believe that Sarah Beth Malki was harboring Morales-Sanchez in an attempt to help him flee the country, according to police. She also was arrested during the serving of the warrant in Iola Wednesday on suspicion of hindering prosecution of a felony.

The initial Ashland Police Department probable cause statement said Morales-Sanchez was in his backyard Friday, July 30, when he attacked Hernandez-Sanchez and another victim, stabbing them multiple times in the torso, neck and lower abdomen.

As well as being charged in this murder case, Morales-Sanchez has a warrant for his arrest in Cole County for domestic assault.