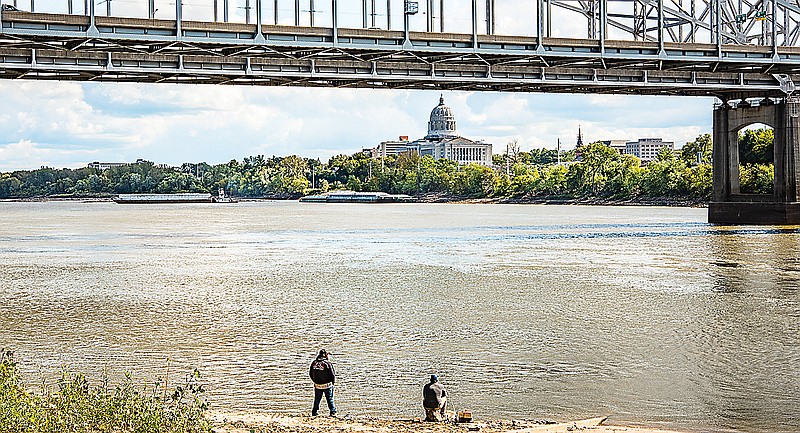 U.S. senators and Congress members for Missouri were among those who last week petitioned the U.S. Army Corps of Engineers to work to make the Missouri River more navigable for barge traffic.

U.S. senators and Congress members for Missouri were among those who last week petitioned the U.S. Army Corps of Engineers to work to make the Missouri River more navigable for barge traffic.

Missouri's U.S. Sens. Roy Blunt and Josh Hawley and Mid-Missouri U.S. Reps. Blaine Luetkemeyer and Vicky Hartzler were among the 10 signers of a letter to the U.S. Army Corps of Engineers' chief engineer, with other Army Corps leaders copied on it.

"Currently, there is a critically dire situation related to navigation challenges in several areas along the Missouri River where serious barge traffic accidents have occurred and commercial activity has nearly come to an abrupt halt as we enter harvest season in the Midwest," according to the lawmakers' letter.

Asked about more details on the location of navigation challenges and what some of the barge accidents have been, Blunt's office referred to the Corps of Engineers' Kansas City District and the Coalition to Protect the Missouri River. The contact given for the Kansas City District's office did not immediately respond. The Coalition to Protect the Missouri River referred to other parties in industry related to barges who were not immediately available or did not immediately respond to request for comment.

Missouri Congressmen Sam Graves and Jason Smith and Congresswoman Ann Wagner also signed the letter, as did senators from Iowa, Kansas and Nebraska.

High water - including from last year's flooding - has also prevented the Corps from identifying and making repairs, and the quick drop in water levels has left behind sediment "that needs to be scoured from the channel and (is) causing navigation structures to work improperly," lawmakers added.

The lawmakers also said the Corps' Kansas City and Omaha districts are underfunded compared to the estimated repair needs to ensure the lower stretch of the Missouri River is fully navigable - $20 million in emergency supplemental funds "to conduct necessary work on the navigation channel," versus an estimated $200 million cost for full repairs.

"As this situation evolves, we request the U.S. Army Corps of Engineers utilize administrative flexibilities and direct additional resources to address these challenges along the Missouri River," the lawmakers' letter added.

Meanwhile, Missouri Attorney General Eric Schmitt has filed an amended complaint in a separate lawsuit about the Missouri River against federal and upstream authorities over a water diversion project in North Dakota.

The lawsuit against the U.S. Department of the Interior's Bureau of Reclamation, the Corps of Engineers and officials involved with water management in North Dakota alleges officials failed to adequately examine the anticipated impacts of proposed projects to pipe water from the Missouri River to create a more reliable supply for industrial development and to serve municipal systems during drought in central and eastern North Dakota.

The amended complaint features a fifth count added to the original four-count lawsuit - the new count being Congressional approval was not obtained, in violation of law.

The lawsuit's demands remained the same - including an injunction against construction being permitted until an environmental impact study to the satisfaction of Missouri is completed.

As of Tuesday afternoon, no trial date had been set in the case.