Sisters meet for the first time 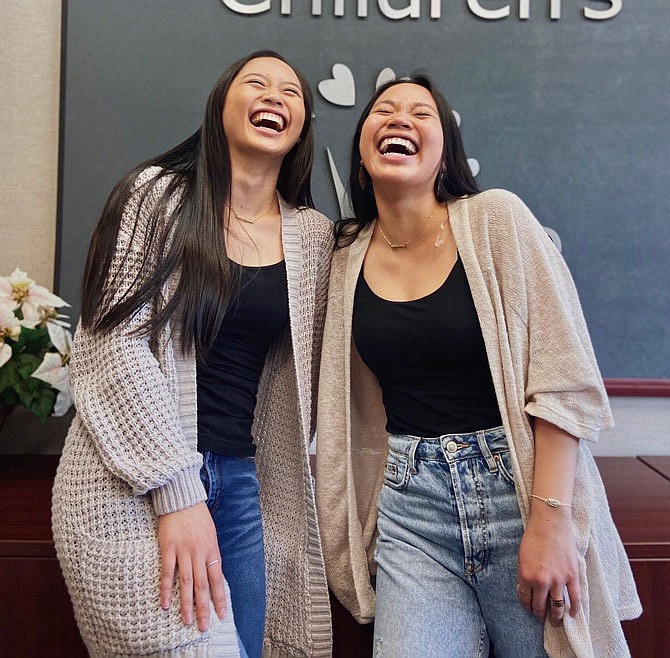 Sophia Bowman, 15, left, and Sophie Granger, 19, are sisters who were both adopted as babies. They met Saturday for the first time in St. Louis.

A Jefferson City girl met a big sister she didn't know she had Saturday.

Sophia Bowman already had one big sister, Audrey, whom their parents also adopted.

Beth and Shane Bowman adopted the girls as 1-year-olds in China.

They adopted Audrey in 2001 and Sophia in 2005. The two girls are not biologically related, Beth said.

"When you adopt from China, you don't get family background at all," she continued. "It's kind of confusing. We're told a story about where they were found (in China) and their time in the orphanage."

Audrey is now attending college at Evangel University in Springfield. Sophia is a student at Capital City High School.

In 2018, Sophia entered her DNA information in 23andMe, an online DNA-testing service that allows customers to try to match their DNA profiles with other people.

She found out she had distant relatives living in the United States, but none were near, Beth said.

This past December, Sophie Granger was curious about her past. She was adopted in China in 2001. Granger, who grew up in Kansas City but attends college in St. Louis, also put her information online.

Her results showed she had a full sibling - Sophia - in Missouri. She reached out via email to the Jefferson City family but didn't receive a response.

Then she found Beth on Facebook and introduced herself.

"It was a little shocking. Then we got the DNA results, and there was no doubt at all," Beth said.

The siblings met Saturday in St. Louis at Children's Hope International, the adoption service through which they were each adopted. The organization works with domestic adoptions and has also placed orphans from 14 different nations with families in the United States. As luck would have it, the organization placed the siblings with their adoptive families.

About 85,000 children over the years have been adopted by U.S. families, she added.

"When you are looking at numbers like that - same agency, same state, and full biological sisters and we never knew it," Beth said. "It's amazing - the coincidences between the two."