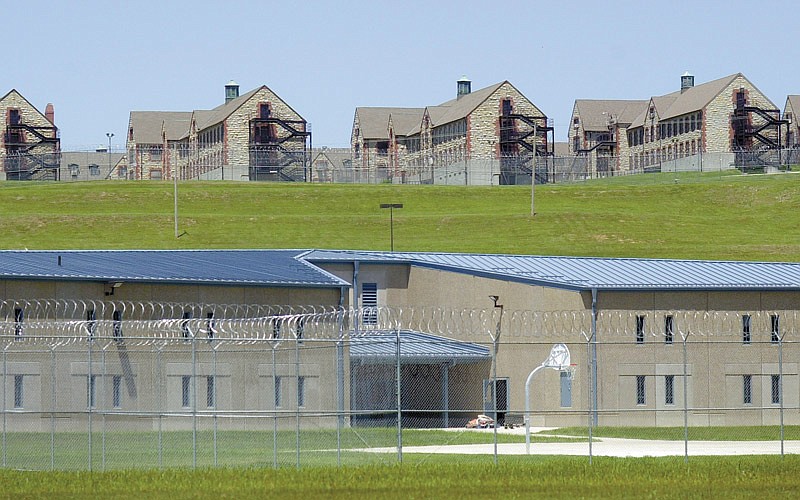 Since late May, Missouri has ramped up testing for active COVID-19 cases in prisons. But critics say it's too late for mass testing to give an accurate picture of how the coronavirus has spread through the state's prison population.

The goal of mass testing is to "resume some sense of normalcy in corrections," Missouri Department of Corrections Director Anne Precythe said May 26 when she announced plans to test all prisoners and prison staff.

"This pandemic has repeatedly caused us to say, 'We don't know what we don't know,'" she said. "But the only way to know for sure is to do testing, and we need to test as many people as possible."

As of June 12, the mass testing has found a handful of new cases.

But prisoners, their advocates and Missouri's union for prison staff all say the testing won't reveal how many prisoners already had the virus. Some critics also say the state's plan to test each prison once isn't enough to prevent the spread of the coronavirus in the future.

Victoria Ferguson, founder of the advocacy group Justice 4 Inmates, said Missouri should have started COVID-19 testing sooner to put prisoners' and their loved ones' minds at ease. Ferguson is in regular contact with prisoners in Missouri.

"I think they should have done it long ago because there was many, many sick. I believe that many have had it and recovered from it," Ferguson said. "And now we're on the down side of it."

Now that mass testing has started, she said, "the numbers, of course, are going to be low."

The first positive COVID-19 cases in Missouri's prisons were reported in April. More than a month later, the state rolled out its plan to test all prisoners and prison staff for the coronavirus.

The state currently plans to test all 20 of its prisons by Aug. 6.

Since May 26, the number of positive cases reported in prisons has increased, but not by much.

Karen Pojmann, communications director for the Missouri Department of Corrections, said mass testing has only revealed seven new positive COVID-19 cases so far. All were at Southeast Correctional Center, which already had the most cases of any prison in the state.

There have also been at least five staff members and one inmate who tested positive at facilities that haven't undergone mass testing.

Pojmann emphasized the state has always tested anyone who was symptomatic or may have been exposed to the virus. She said this would continue along with mass testing.

The state is not tracking how many prison staff have been tested because many are tested by their personal health care providers, Pojmann said. The department is only notified if their tests come back positive.

In total, the state has reported 50 inmate cases and 30 prison staff cases of COVID-19. One inmate has died.

The decision to begin mass testing prisoners and prison staff was welcomed by Hedy Harden, chair of Missouri CURE, an organization that advocates for changes to the criminal justice system.

"I think it's a very good idea to do that testing," Harden said. "We'll never have an idea of how widespread the virus is until everyone's tested."

Lauren Brinkley-Rubinstein is a professor at the University of North Carolina and a project investigator for the COVID Prison Project, which is tracking COVID-19 in prisons around the country. She said prisons and jails are risky for any kind of communicable disease because the environment often makes things like social distancing impossible. She also said people who are incarcerated often have at least one chronic condition which makes them higher risk.

"Those two things in combination makes it pretty clear to me that prison and jail officials should have known from the very, very start that this could be really bad behind the bars," Brinkley-Rubinstein said.

"We've been wanting these tests to be done for a while," he said.

'It may have already burned through'

But some fear the virus has already run through prisons and that testing now will leave many cases uncounted.

Justin Jeffers, who is incarcerated at South Central Correctional Center, said he once requested medical attention because he was concerned he might have COVID-19 and was ignored.

Jeffers said other inmates at the prison have run into the same problem.

Pojmann said seven prisoners were tested for COVID-19 at South Central Correctional Center between April 6 and May 23, before mass testing began. None tested positive.

Cutt said he felt the state dropped the ball with initial testing and "arrived a little too late on the scene" with mass testing.

"They'll catch anybody that currently has it," he said. "But it may have already burned through."

Cutt said prisoners have been ill in some prisons around the state. He referenced an instance at Farmington Correctional Center, which has not undergone mass testing.

"We had an open-dorm housing unit and most every guy in there was hacking, coughing and had fevers," Cutt said. "That whole housing unit could have had it. But you don't know, because you didn't test them."

Of the 2,200 prisoners at the facility, Pojmann said 15 were tested between April 7 and June 1. None tested positive.

Mass testing - too little, too late?

Advocates for inmates have criticized Missouri for being too slow to roll out mass testing.

Giammanco said when officials in other states realized their prisons would be hotspots, they moved more quickly to test prisoners and staff.

"Missouri knew that prisons were hotspots. They could see what was going on around the country, and they still failed to act," Giammanco said.

Brinkley-Rubinstein said officials should have tested prisoners and staff from the outset of the pandemic because of the high risks of transmission. She also said there were many ways COVID-19 could enter prisons, including prison staff and prisoner transfers from jails.

"Waiting until the end of May - which is almost two months after it became very clear that the pandemic was a reality and was going to affect our society - is definitely too late," Brinkley-Rubinstein said.

Before mass testing began, the state only had the resources to test someone when there was reason to think they might have COVID-19, Pojmann said.

"We've been following (U.S. Centers for Disease Control and Prevention) guidelines from the beginning," Pojmann said. "There was a limited number of tests available early on in the process."

She explained that testing 25,000 prisoners and almost 11,000 staff members would have depleted Missouri's available test supply.

"That's a lot of resources to use when people in the state might need them more urgently, especially when we didn't have symptoms, we didn't have cases in our facilities," Pojmann said.

Antibody testing could reveal if prisons have already had COVID-19 outbreaks that went undetected and undiagnosed.

Pojmann said she hasn't heard anything about antibody testing in Missouri prisons.

Cutt said he thinks it's unlikely Missouri will do antibody testing. He referred back to the housing unit at Farmington Correctional Center where he said a wing of prisoners was sick.

"I bet if you go back and test them now, they've probably got the antibodies," Cutt said.

Giammanco said she'd like to see the state do antibody testing in prisons.

"But I also understand that unless there's federal funding involved, it's not going to happen," she said, referencing the state's recent budget cuts. "I don't think their priority is going to be doing anything other than this first round (of mass testing)."

Harden, of Missouri CURE, said mass testing is a good step but that it has limitations. The tests can only indicate if someone is positive or negative for COVID-19 at the moment they're being tested, she said.

Brinkley-Rubinstein echoed this concern, saying mass testing at a prison can provide a snapshot of COVID-19 cases at that time.

"But if you don't have a plan going forward that snapshot becomes less and less relevant to prevention as time goes on," she said.

Giammanco said she feared that mass testing now - before the second or subsequent waves that experts have predicted - would be used to deny the need for coronavirus testing later.

"It can't just be a one-shot deal," Giammanco said, emphasizing the need to retest if there's another wave. "A negative test in July doesn't mean anything in November."