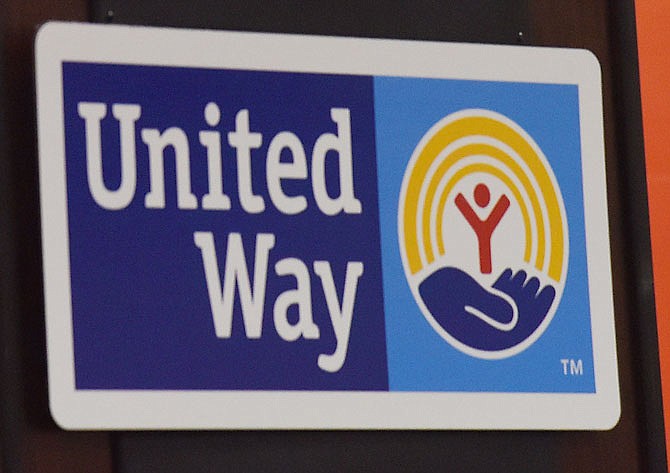 The organization distributed $235,000 during a news conference outside the offices of partner agency Big Brothers Big Sisters of Jefferson City.

Of the money distributed, $225,000 was given out as announced community support grants.

The foundation had requested funding through the community support grants, but the United Way realized the request fit closely with the intentions of the Mental Health Fund, Bax said. So United Way used that fund and freed up more money for other agencies.

Based in Jefferson City, the foundation established the fund to provide a focus on raising awareness and public understanding of the issues affecting individuals and families living with mental illness.

The organization was one of numerous agencies represented Tuesday that were new recipients of United Way grants.

"The United Way sees our role as being that convener - to bring agencies together to meet each other and understand how we can work collaboratively," Bax said. "Because none of us can do this work by ourselves. If we get to know our partners and rely on each other's strengths, then we're only going to serve our community better."

United Way staff members work hard to get to know the agencies they work with and understand how they might work well with other agencies, she continued.

The tornado that struck communities in Cole and Miller counties in May 2019 thrust agencies together that might not have ever heard of each other before, she explained.

"It's all of us working as a team," Bax said. "As hard as the tornado was, we really expanded our partnerships through that."

The United Way met numerous agencies and faith-based groups as they helped communities through hard times.

"That came out of the tornado, and it's coming out of COVID-19 too," Bax said. "Agencies are getting to know us better and reaching out to us."

In late February, just before the pandemic began to spread widely across the nation, the United Way announced its record offering - $225,000 - of community support grants. If possible, it offers the grants every year, when it surpasses its previous year's campaign goal.

The grants are made available to not only its partner agencies but other health and human service providers. United Way organizers anticipated some new recipient requests because it had just expanded to include Maries and Phelps counties. It now serves Cole, Camden, Moniteau, Maries, Miller, Morgan, Osage, Phelps and southern Callaway counties.

The United Way announced Tuesday that because of the pandemic, it was not increasing its annual fundraising goal for 2020, which it has done regularly. Instead, it set a goal of raising $2.1 million - equal to the goal for 2019. The campaign theme for 2020 will be Dr. Seuss.

Among recipients at the event were representatives from the St. James Caring Center, which provides meals and a community for seniors in Phelps County. It offers programs that promote well-being, support independence and encourage seniors to involve themselves in community life. Unfortunately, because seniors are among the most at-risk for serious or lethal complications stemming from COVID-19, the center has not been able to provide some of those services and seniors have not been able to come in for meals. The $10,000 grant the center received will be used to help with COVID-19 crisis relief, said Zach Woolsey, a grant writer for the center.

"(The caring center) has a food pantry and a thrift store and serves basic safety net services for the St. James/Phelps County area," Woolsey said. "This funding is going to go toward helping seniors who need medical services and food."

The caring center's need has quadrupled since the pandemic started, he said.

When the United Way opened its funding to agencies in Phelps County, it was serendipitous for the caring center, he said. The Phelps County United Way had been faltering for a couple of years before it folded.

"Finding somebody that had the administrative capacity to handle our area was really rewarding to us," Woolsey said.

Prevention Consultants of Missouri promotes healthy lifestyles while providing professional prevention and empowerment services to schools, agencies, business and industry, community groups and other organizations in need. Prevention Consultants received a grant for $1,543 to be used for supplies and materials for its mentoring program in the Rolla area. The program serves 74 children this year and is similar to Big Brothers Big Sisters, using a one-on-one match. It's different than BBBS in that the mentors and children meet after school in a supervised setting with a coordinator, Jamie Myers said.

When the United Way in Phelps County folded, the effect on the program was significant, Myers said.

The program was able to stay afloat on its own, Myers said.

Among the reasons Myers applied for a United Way grant was to develop a relationship with it, he said. Years ago, he'd been involved with the United Way of Phelps County and saw the good it could do.

Although the Central Missouri Stop Human Trafficking Coalition has been standing since 2008, Nanette Ward, a founding member, recognizes it is little known in some parts of Central Missouri.

"We have been serving the whole Mid-Missouri area for 12 years," Ward said. "We do free educational programs all around Central Missouri to raise awareness and about prevention of human trafficking."

The year 2020 represents the first year the organization, which acts as an access point for victim-centered, trauma-informed support for survivors of trafficking and exploitation, has applied for a grant through the local United Way.

"We are an all-volunteer staff, and yet we work with 30-plus survivors of human trafficking on a regular basis," Ward said. "So this case management software will be a huge asset in our ability to do this well and keep records well."

The grant will allow the organization to more efficiently connect human trafficking survivors to resources, she said.