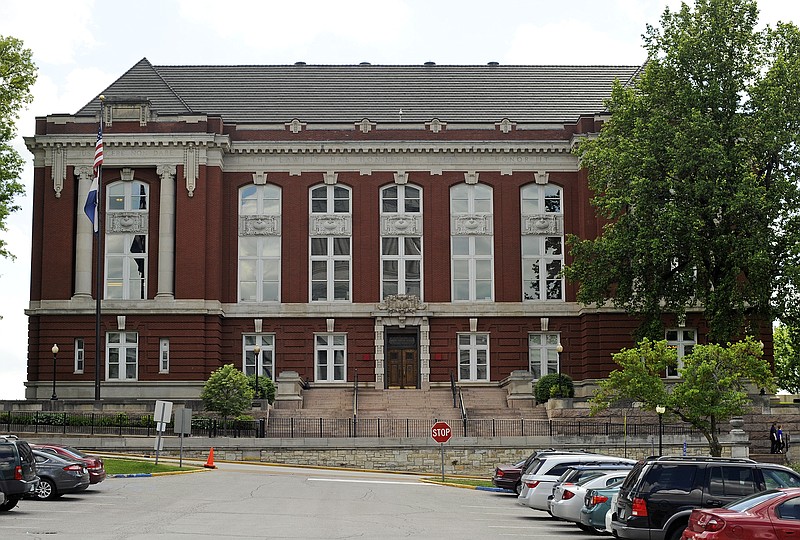 An affidavit option for voting under Missouri's voter identification law is unconstitutional, and a Cole County judge was right to prevent the sharing of an advertisement indicating photo ID is required to vote, according to the majority ruling Tuesday from the Missouri Supreme Court.

The Supreme Court's 5-2 ruling on the state's appeal in the Priorities USA case affirmed a 2018 judgment by Cole County Senior Circuit Judge Richard Callahan that found most of Missouri's voter ID law to be constitutional.

Priorities USA is a Democratic candidate campaign supporter and a self-described progressive policy advocacy organization - particularly on voting rights - that along with a resident from Lee's Summit and another from St. Louis sued the state and Secretary of State Jay Ashcroft to block the voter ID law that went into effect in July 2017.

Priorities USA and the two Missourians alleged the state's voter ID law unconstitutionally restricted the right to vote by "imposing burdens on prospective voters who, because of their personal circumstances" would have difficulty adhering to the law.

That law required one of three options be used to vote - two of which are still in place:

Present a current Missouri driver or non-driver license, current passport or a military or veterans identification card in order to vote.

If a voter does not have a form of identification, they can fill out a provisional ballot, but only have the ballot counted if they return during polling hours with one of the previously listed photo IDs, or if the election authority determines the voter's signature to match the one on file.

A third option has voters who do not have approved photo ID, but are otherwise qualified to cast a regular ballot, sign a sworn statement asking them to verify their identity and acknowledge they need to present approved personal identification in order to vote, but Callahan in 2018 found that affidavit to be unconstitutional.

The Supreme Court agreed with Callahan that the affidavit was "contradictory and misleading."

"Although the State has an interest in combatting voter fraud, requiring individuals voting under (the option) to sign a contradictory, misleading affidavit is not a reasonable means to accomplish that goal," according to the majority opinion by Judge Mary R. Russell.

The majority also found the secretary of state would not have the legal authority to rewrite the problematic part of the law.

Callahan had also prohibited the state from indicating photo identification is required to vote.

The Supreme Court's majority agreed an advertisement promulgated by the secretary of state was problematic: "Voters: Missouri's new Voter ID law is now in effect. When you vote, you will be asked for a photo ID. A Missouri driver or nondriver license works but there are other options, too. If you don't have a photo ID to vote, call 866-868-3245 and we can help."

While the state asserted the advertisement was an accurate statement of the law, the Supreme Court agreed with Callahan that "materials like this advertisement mislead individuals into believing photo identification is required to vote," when there is no mandate in the law that election officials ask for photo ID.

The majority, therefore, agreed with Callahan's decision to prohibit such "'materials with the graphic that voters will be asked to show a photo identification card without specifying other forms of identification which voters may also show.'"

The dissenting opinion by Judge W. Brent Powell, joined by Judge Zel M. Fischer, did not reject the holding that the affidavit was "misleading, contradictory and unconstitutional," but disagreement was over whether or how that could be addressed.

Powell's dissent also held that the advertisement was "not misleading and is a lawful execution of the secretary of state's statutory duty."

The Secretary of State's Office said in a statement on Tuesday that the Supreme Court had upheld a ruling that "eviscerated the state's voter ID law."

"Despite several lawsuits challenging the voter ID law, opponents have failed to bring forth a single voter who was unable to vote as a result of the voter ID requirements," according to the office's statement.

Ashcroft added in the statement: "The people of Missouri made it clear in November of 2016 that it is reasonable to require a photo ID to vote," as 63 percent of voters had approved of the law.

"That voter ID law strengthened protections at the ballot box and, just as importantly, expanded access to the ballot ensuring registered voters would no longer be turned away on Election Day," Ashcroft said.

Chris Nuelle, spokesman for Attorney General Eric Schmitt, said that office was "still reviewing the Missouri Supreme Court's ruling and determining what possible next steps are."

The parties in the Priorities USA case have 15 days to seek a re-hearing, and no mandate finalizing the court's ruling is issued until after that window has closed.