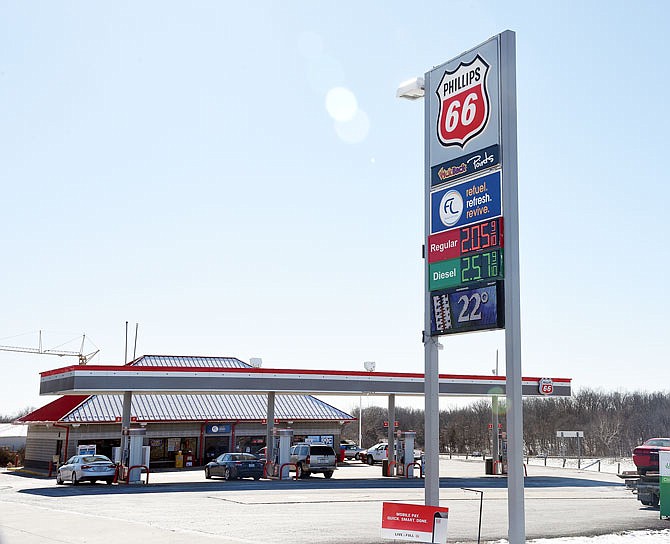 Unregulated and questionably legal, video lottery machines are popping up in convenience stores and bars across Missouri, and lawmakers are split on what to do about them.

Among those calling for legalization and regulation of the machines is state Sen. Denny Hoskins, R-Warrensburg, who has filed a bill to do that each of the past four years.

Currently, the machines aren't regulated, so there's no assurance the player actually has a shot at winning, Hoskins said. His bill would make clear which machines are allowed and ensure they are fair to players by having them connect to a centralized computer system, he said.

On the other side are proposals from state Sens. Mike Cunningham, R-Rogersville, and Dave Schatz, R-Sullivan, that would clearly define video lottery machines as illegal and add revocation of a liquor license to the penalty for operating one.

Hoskins' bill - and similar ones filed by state Reps. Dan Houx, R-Warrensburg, and Dan Shaul, R-Imperial, would create a legalized market for video lottery machines that are not regulated the same way as casino games, said Mike Winter, executive director of the Missouri Gaming Association, which represents Missouri's casinos.

When voters approved riverboat casinos in 1994, they were agreeing to a system of legalized gambling limited to a few locations along the Mississippi and Missouri rivers, he said.

"These bills will have slot machines in various locations all over the state," Winter said. "We don't believe that's what the voters supported."

The association supports the bills from Schatz and Cunningham, which Winter said would clearly define video lottery machines as illegal gambling devices. They also have specific penalties for running illegal machines, he said.

What gaming is legal?

Both bills would clarify what machines are legal, a question that's currently up to prosecutors and courts to work out.

Since last April, Missourians have sent more than 160 complaints of video lottery machines to the Missouri Gaming Commission, mainly in convenience stores, fraternal lodges and bars across the state.

Patrol investigators file reports with local prosecutors, who decide what charges to file, if any. The patrol is aware of three county prosecutors who have filed charges over video lottery machines, Stosberg said, but he declined to name the counties, citing ongoing investigations.

At least one is in Platte County, where prosecutors charged Kansas-based Integrity Vending last March with one count of illegally promoting gambling for placing two video lottery machines in a Parkville convenience store. Representatives of Integrity showed investigators the machines randomly select a starting point in a pool of outcomes and work through the outcomes as players advance in the game, according to a probable cause statement.

Patrol criminalist Justin Owens concluded the games were games of chance because the player doesn't know the outcome of the next play, even though the computer has already determined it, he wrote in a probable cause statement.

Linn County prosecutors filed the same charge against Torch Electronics for three machines found in Prenger's Food in Brookfield. Torch is also being sued in Crawford County by TNT Amusements, a Sullivan-based coin-operated game company that alleges Torch's machines are illegal and take away from TNT's business at a truck stop in Cuba, Missouri.

Torch spokesman Gregg Keller said the company's machines adhere to "both the spirit and the letter of Missouri gaming laws." Local prosecutors have looked into the machines and allowed them to continue operating.

Altered definitions of slot machines and gambling devices proposed by Schatz and Cunningham include machines that show "a preview of the outcome or whether the outcome is known, displayed, or capable of being known or displayed to the user."

"Our proprietary machines are neither games of skill nor chance," Keller said. "We continue to work with the Missouri Legislature to ensure our games operate and to avoid a big-government expansion of bureaucracy and red tape that our competitors are hoping will result from government intervention into the free market."

The gaming association believes the games are illegal. These cases will prove that as they go forward, Winter said.

"These are obviously games of chance, which, under the Constitution, can't be anywhere but licensed casinos," he said.

Hoskins doesn't believe allowing video lottery would significantly take business away from casinos. His bill would allow only a handful of machines in each establishment, five in establishments that sell liquor, like convenience stores and bars, and 10 in fraternal lodges, veterans' halls and truck stops.

"You go to the casino for an experience, whether that's the seafood buffet, blackjack, craps, all the different types of slot machines and video poker, maybe a concert or a show," Hoskins said.

You only have to look as far as Illinois to see that legalizing video lottery will take business away from casinos, Winter said. Illinois launched its video lottery program in September 2012 with 61 machines in 13 locations. As of the end of January, the state had licensed 33,248 machines in 7,180 different locations, far exceeding the slot machines in the state's 10 licensed casinos.

Illinois players have wagered $92.9 billion on video lottery since the program's inception, recently playing about $1.7 billion a month. That's generated about $7.4 billion in revenue, of which $2.2 billion went to state and local governments.

Revenue from video lottery has grown each year, and it exceeded casino revenue for the first time in 2018. The gap continued to widen in 2019, with video lottery bringing in $1.67 billion in taxable revenue, compared to $1.35 billion for casinos.

Casino revenue peaked at nearly $2 billion in 2007 and bottomed out at $1.3 billion in 2010 amid the recession. Revenues were recovering until 2012, when video lottery came out. Since then, Illinois casino revenue has fallen each year, and it fell below the 2010 mark last year.

Overall, video lottery has been a financial gain to the state. Despite the drop in casino revenue, combined revenue from the two exceeded $3 billion last year, almost double the $1.6 billion casinos generated in the last year before video lottery.

Illinois' net gaming revenue may have increased, but it's come at the expense of the casino industry, Winter said. Illinois casinos have seen revenue drops, job cuts and less capital investment in their properties, Winter said. He doesn't think the result would be different in Missouri.

"We've got about 9,000 employees who work at our 13 properties," Winter said. "We've invested over $3.2 billion in our facilities with the belief that the gaming market was going to be a stable environment, and these bills would completely change that."

Cities that have casinos have a "golden ticket," Hoskins said. They don't want to give up the revenue their casinos bring in or share it with other cities and counties across the state, he said.

Legislative research estimates the taxes would generate $116 million for the state's lottery fund five years in. The lottery fund has contributed about $300 million to education each of the past four years.

"I believe that gaming, whether it's video lottery or sports book, is another type of entertainment that Missourians would like to participate in," Hoskins said. "Other states, including Illinois and Iowa, are realizing the benefits of legalizing video lottery terminals and sports books."