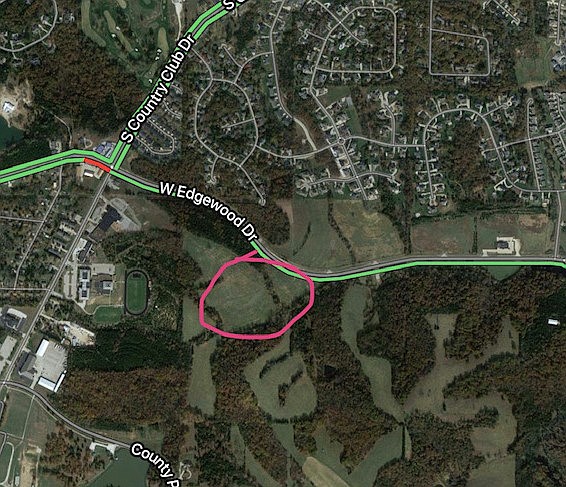 This map shows where the proposed assisted living facility will be located.

A new assisted living facility is being proposed in Jefferson City.

Heather Westenhaver, development assistant with Americare Senior Living, said in an email the project will formally be presented to the state's Certificate of Need Committee on March 1. If approved, the facility will include 30 units and 40 beds, Westenhaver said.

According to the news release, if the proposal is approved, Westbrook Terrace would "operate as a designated memory care assisted living facility." The Americare website states memory care facilities are dedicated to those with Alzheimer's disease or who are suffering from other memory loss.

"The company contends that this new assisted living facility will help to accommodate the changing needs and preferences of tomorrow's consumer, while offering additional care options for those residents in need of memory care services," the news release states.

The project also includes a plan for independent living cottages, both one and two-bedroom, and a clubhouse, though Westenhaver said that plan was separate from the proposal going to the committee.