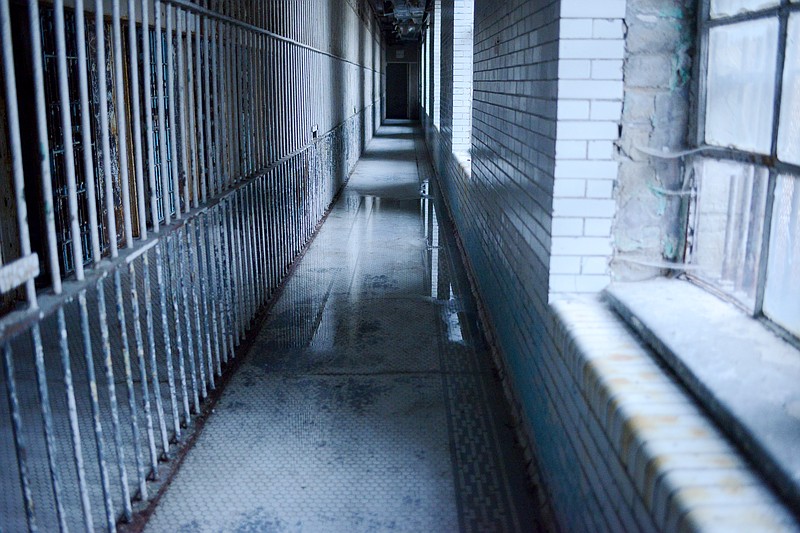 The Cole County Commission on Tuesday agreed to write a letter of support for city staff to include in a grant application for the historic Missouri State Penitentiary site.

In March, city staff received the go-ahead from the Jefferson City Council to apply for a disaster recovery grant from the U.S. Economic Development Administration, a bureau within the U.S. Department of Commerce.

The grant could provide up to $6 million to infrastructure work identified in the Missouri State Penitentiary Redevelopment Plan.

The city would be required to provide a 20 percent match to the grant - approximately $1.2 million if the full $6 million is awarded - from the half-cent capital improvements sales tax. The funds within the sales tax have previously been designated for public infrastructure at the site.

Sonny Sanders, director of the city's Department of Planning and Protective Services, told the County Commission the EDA requires applying projects to meet one of six requirements, and the MSP project meets three - impact from the tornado, historic nature and location in a low- to moderate-income area.

"It's actually hitting all the buttons the EDA likes in terms of the grant," Sanders said. "So we feel we have a pretty good grant application."

Sanders said city staff have received three letters of support from state representatives and state senators, and they are seeking more.

The City Council has until July to choose between two proposed redevelopers for the site - local Farmer Companies and a St.Louis-based group made up of Chesterfield Hotels, Arcturis, Peckham Architecture and Central Missouri Professional Services.

The 32 acres of property available for redevelopment was conveyed to the city by the state in 2018. The agreement includes the July deadline to choose a developer and requires construction begin within four years.

Sanders said the EDA is aware of the city's July deadline for the MSP site and the project is not finalized.

City Counselor Ryan Moehlman previously told the City Council the application for the grant can be done in a project-neutral way in relation to the two proposals for the site.

Matt Morasch, director of the city's Public Works Department, said the proposal would include needed infrastructure and leave developable sites for the chosen redeveloper without needing to be more specific.

For now, the application can be done more generally and adapted later. If the city receives the grant, it could be awarded in September.