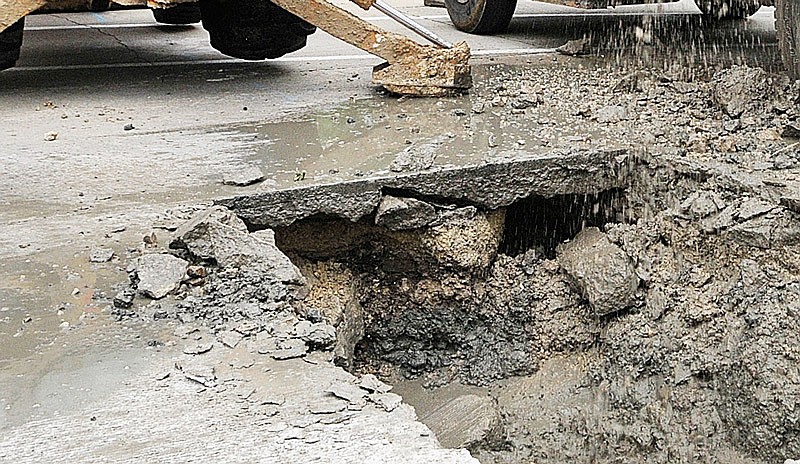 This file photo depicts work on a water main break in Jefferson City.

Some homes along Southwest Boulevard and the Deville Southwest Apartment Complex in Jefferson City were without water after two water main breaks occurred Wednesday night.

The first break occurred sometime after 8 p.m. at Southwest Boulevard and Glenwood Drive, according to Missouri American Water officials. There, crews had to replace 20 feet of a broken 12-inch main.

When they turned the water on after making the repairs, a second section of 12-inch main busted at Southwest Boulevard and Woodclift Drive.

"Both are older lines, and there might have been some water pressure issues that caused the first break," said Missouri American Water spokesman Brian Russell. "A new, fresh main wouldn't have that."

Russell said the second break was due to what is called the "water hammer effect," where there's a sudden change in water pressure that can cause mains and pipes to rattle and potentially break.

All residents in the affected area had full service by mid-day Thursday, Russell said.