It's deer season on Missouri roads 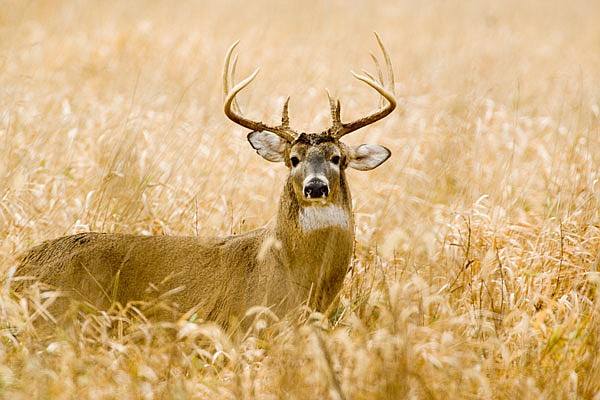 Drivers have had nearly 2,000 run-ins with deer on Missouri roads so far this year, and the most dangerous time for deer crashes is here.

There have been 1,875 crashes involving deer, with eight people killed and 213 injured, in Missouri in 2019, according to preliminary figures from the Missouri Highway Patrol.

The Highway Patrol's Troop F, which is based in Jefferson City and covers a 13-county area in Mid-Missouri, has seen 216 deer-involved crashes, with 24 people injured and no fatalities, so far this year.

The majority of deer strike crashes occur in October and November, with the largest number taking place in November, according to the Highway Patrol.

Although deer strikes can occur at any time, most occur between the hours of 5-7 a.m. and from 6-9 p.m.

Last year, drivers in Missouri experienced 4,090 traffic crashes where deer-vehicle strikes occurred, according to patrol figures. In these crashes, there were six fatalities, and 415 people were injured. One deer strike occurred roughly every 2 hours in the state.

Attempting to avoid striking a deer could result in a more serious crash involving oncoming traffic, and drivers should try to remain calm and avoid panicking or overreacting, the Highway Patrol advises. As soon as you see a deer, the best course of action is to reduce your speed, according to the patrol.

Once an animal - particularly a deer - is struck by a vehicle, the Missouri Department of Transportation is charged with moving the carcass off of state-maintained highways if it presents a safety hazard. (Transportation officials suggest that drivers contact local authorities after hitting a deer on a road that's not state-maintained.)

MoDOT officials said their procedures have evolved through the years, especially with chronic wasting disease being found in the state's deer population.

CWD is a contagious neurological disease affecting deer, elk and moose. It causes a degeneration of the brains of infected animals and could be transmitted to humans.

The less a carcass is moved, the smaller the chance of spreading CWD, MoDOT officials said.

MoDOT has partnered with the Missouri Department of Conservation to come up with various options for the removal of deer carcasses from roadways.

The most common way is to drag the carcass to the outer portion of the right of way.

Missouri law also allows an individual who has struck and killed a deer with their vehicle to claim the deer carcass if written authorization to possess the deer is granted by a conservation agent.