From the Editor: Sharp line should divide news, opinion 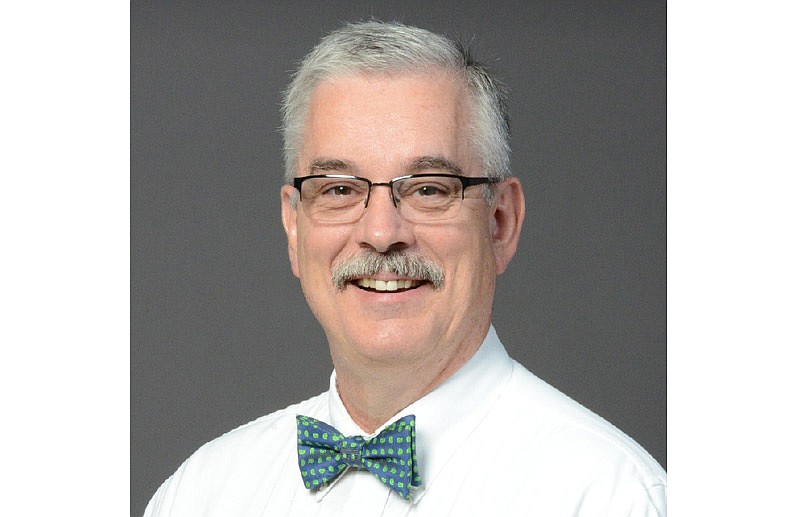 Over the past couple of years, it's sometimes difficult to differentiate when one season has ended and another has begun. The recent period of 90-degree fall weather is just one example of how our seasons aren't clearly defined anymore.

As we recognize National Newspaper Week, it's all too apparent today the line between news and opinion is often blurred to the point that it's difficult if not impossible to distinguish one from the other. It's particularly prevalent in national media as well as social media.

But as a journalist who has been practicing the craft for nearly 40 years, I believe there should be a wide difference between the two, and the News Tribune goes to great lengths to differentiate between our news coverage and opinions expressed on the Opinion page.

Walter Hussman, the publisher of the News Tribune and chairman of WEHCO Media, which owns the News Tribune, clearly lays out those standards as part of our Core Values published every day on page 2. In that statement, he says, "When a newspaper delivers both news and opinions, the impartiality and credibility of the news organization can be questioned. To minimize this as much as possible, there needs to be a sharp and clear distinction between news and opinion, both to those providing and consuming the news."

On News Tribune news pages, reporters go to great lengths to ensure facts are vetted and all sides of an issue are represented so readers have an opportunity to understand an issue. News stories are clearly labeled by their placements on the front page and news pages throughout the edition, as well as identifying who is doing the reporting.

Opinions, on the other hand, are relegated to one section of the newspaper each day - the Opinion page.

On most days, we publish Our Opinion, a column devoted to our business's opinion on issues facing society today. The opinion is written by Gerry Tritz, opinion page editor, and is based on the News Tribune editorial board's views combined with the newspaper's historical stands on issues. Before publication, the column is reviewed by the News Tribune editorial board, which consists of Jeff Herr, general manager; Michael Johns, circulation director; Mayra Long, comptroller; Tritz; and myself.

The Opinion pages also feature columnists, some local and some syndicated, cartoonists and letter writers. We try to give all of these contributors a wide latitude to express their opinions.

The goal is to encourage conversation and speech, not restrain it. By doing so, we believe the ensuing conversation elevates us as a community.

An example of how we try to respect free speech rights is how we handle cartoons produced by staff member and graphic artist Jim Dyke. His cartoons have the ability to delight and infuriate News Tribune readers.

Historically, that's a common reaction to editorial cartoons. The exaggeration, satire or attempts at humor in a cartoon can make a reader chuckle or fume or scratch his or her head.

When it comes to Dyke's cartoons, the message of the cartoon is clearly his view. But the News Tribune editorial board does review the cartoon before publication.

The role of the editorial board is limited to reviewing the cartoon for errors or its propensity to offend or mischaracterize the truth. The board has the ability to request changes to the cartoon to address the issues raised by a board member, or the board can move to simply not publish the cartoon. We have exercised both options in the past.

We try to err on the side of giving Dyke the opportunity to express his creativity and his opinion. In return, we give those who agree or disagree with him the chance to question his views or counter his opinion.

We give the same courtesy to letter writers and guest columnists. If a submitted letter or column is not issue based, contains blatant errors in fact or stands to potentially unnecessarily offend our readers, we will ask the person submitting it to either tweak it or we may opt not to publish it.

Perhaps it's an imperfect approach, but we believe it is in line with our stated goal of making the Opinion page a safe place for the marketplace of ideas where a person can engage in a respectful conversation about the issues facing a community.

Society benefits when its members have an opportunity to engage in conversation. We don't have to agree with everything others say on social media, in public conversations or on this Opinion page, but we should be able to have conversations that respect the views of another while not sacrificing our own opinions.

As always, we welcome feedback and suggestions on stories we produce, as well as opinions expressed on this page. Feedback and suggestions on stories may be emailed to [email protected]; letters to the editor and feedback on opinions expressed on this page may be sent to [email protected]

In the ensuing weeks, the News Tribune will hold another Coffee with the Editor event, and we welcome feedback there as well.

Gary Castor is the managing editor at the Jefferson City News Tribune. He can be contacted at [email protected]