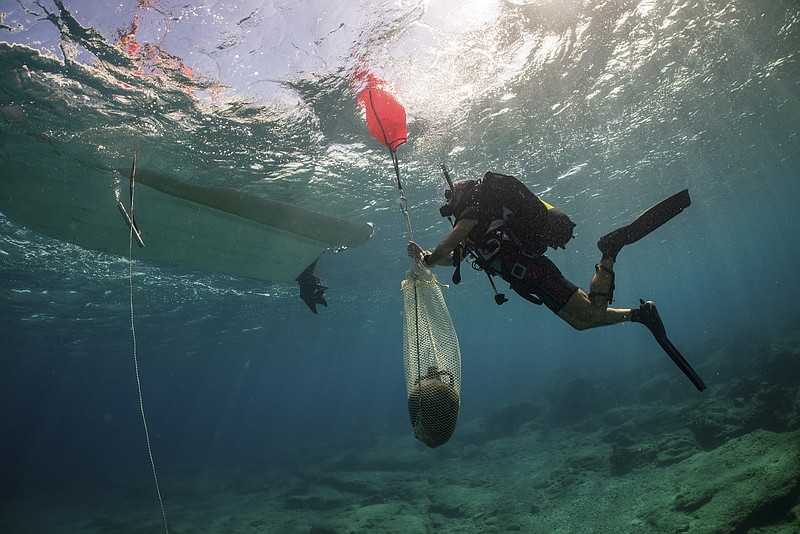 ATHENS, Greece (AP) - Greece's Culture Ministry said three shipwrecks from ancient and mediaeval times and large sections of their cargoes have been discovered off the small Aegean island of Kasos.

A statement Monday said an underwater survey that ended last month also located cannons and other scattered finds - possibly from other foundered vessels that have not yet been pinpointed.

The oldest of the wrecks found was a 2,300-year-old trader. Its surviving cargo included amphorae - large jars used to transport wine, oil or foodstuffs - and fine tableware. Archaeologists also located five stone anchors in the wreck.

The two other ships dated to the 1st century B.C. and the 8th-10th century A.D.

Kasos lies between Crete and Rhodes on what remains a key trade route linking the Aegean with the Middle East.