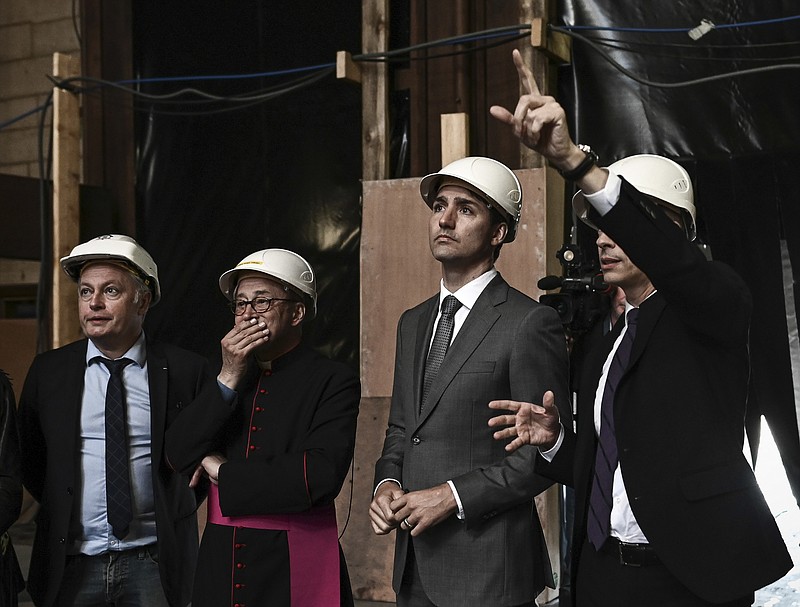 Trudeau said he wanted to show Canadians' solidarity "toward our French cousins." After the devastating April 15 fire, he said one "can't help but marvel at how so much was saved."

Operations to secure and conserve the cathedral must be completed before restoration works can start, Riester said, adding robots were removing gravel from within to be examined both by ministry experts and police seeking clues about the fire's origin.

Most paintings, relics and the Crown of Thorns purported to have been worn by Jesus at his crucifixion are being conserved at the Louvre Museum. Several works still cannot be accessed, though they are safe, the culture minister said.

A collection of funds for the restoration has so far brought in about $952.2 million, he said.

"It's way too early to know if we have enough money or even too much money to restore Notre Dame of Paris," Riester said. He noted there can be a difference between pledges and what is actually provided, and added that with no "diagnostic" of the damage, a price of the restoration work isn't yet known.

"The needs are obviously colossal," he said.