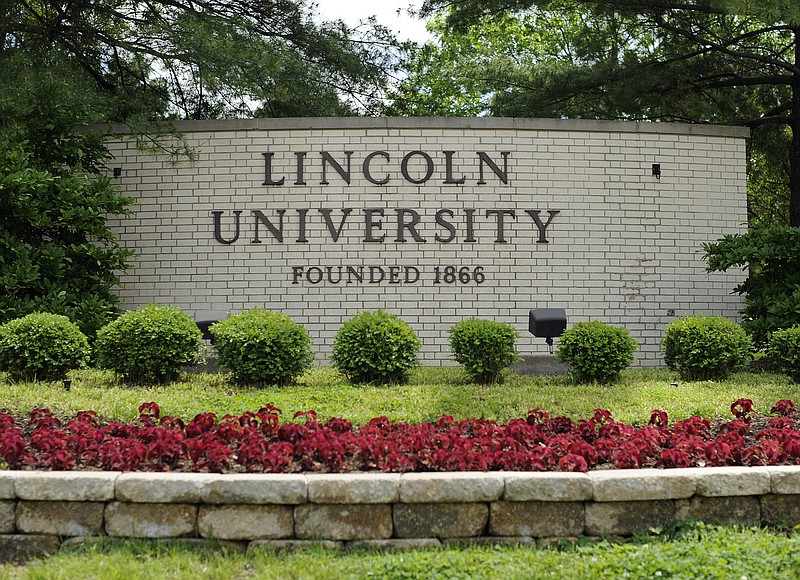 The lawsuit also asks the court to order LU officials to return "all Foundation documents, information, and assets, including the $667,173.05 in Foundation special-purpose funds that the University wrongfully retains in breach of its agreements with the Foundation and donors and in breach of the covenant of good faith and fair dealing."

LU spokeswoman Misty Young told the News Tribune Tuesday afternoon: "The University was surprised and disappointed to see that the Foundation has filed suit against the University that it exists to support. We are not aware of any legitimate basis for such a lawsuit and the University will defend itself and seek to get the suit dismissed."

The 16-page lawsuit was filed by St. Louis attorney Gabriel E. Gore, of the Dowd Bennett law firm, on behalf of the foundation, which has reorganized itself as the 62nd & 65th Regiments Legacy Foundation Inc.

The new name recognizes the Civil War soldiers from the 62nd and 65th Missouri Colored Infantry units who donated and pledged more than $6,000 to found the Jefferson City-based school.

The Board of Curators, who already had scheduled a telephone conference call Wednesday morning, added a closed session to its meeting agenda.

Various agreements between the foundation and university were written and modified from time to time, with the last amendment in 2015, the lawsuit says.

That agreement said the university would provide administrative and general support services to the foundation to assist the foundation in continuing to solicit, manage and disburse donor funds for the benefit of students and the university, including office space, local telephone service, utilities, office furniture and "other such facilities as may be necessary from time to time."

Among those changes, the lawsuit said, Woolfolk "desired to 'transfer funds from the Foundation to the University.'"

In December, then-Board of Curators President Marvin Teer sent Foundation President Hardy Dorsey (a 1969 LU graduate) a letter "notifying him of the termination of the Agreement effective December 31, 2018."

Woolfolk proposed a new agreement that included a pledge "that the Foundation 'earmark annually 50 percent of its unrestricted funds for use by the (LU) President and shall transfer those funds annually to the President's discretionary fund."

The foundation didn't accept that proposal and instead asked for a meeting with Woolfolk to "fully discuss the relationship."

But, since the foundation didn't accept Woolfolk's proposal by Feb. 18, the lawsuit says, LU attorney Jacqueline Shipma "sent Dorsey a letter titled 'Cease & Desist,' (which) notified the Foundation that the University is ceasing all administrative services on behalf of the Foundation effective end of business March 22, 2019.'"

At the end of February, after Shipma's letter, the lawsuit says, "$667,173.05 was transferred from Foundation bank accounts to the University in consultation with a Foundation Board Member."

At an April 5 news conference, Dorsey and Kansas City lawyer James Tippin - a 1964 LU graduate and former foundation board member - told reporters those checks were written by board member who had authority to sign checks.

But, the lawsuit says, the four checks written on the same day were "large transfers" that were uncommon for the foundation, which generally transferred smaller amounts that were "usually a couple thousand dollars but no more than $10,000" and, the lawsuit said, "contravened long-standing Foundation patterns and practices."

The lawsuit raised four counts, including:

"Breach of donor agreements for the establishment of special-purpose funds to be held within the Foundation" for the transfer of the more than $667,000 from the foundation to the university.

Breach of agreement with the foundation "to provide the Foundation administrative support for the purpose of fundraising for the benefit of the University and its students."

The lawsuit claims the foundation "performed all of its duties" under that agreement, but "the University failed to perform its obligations when it unilaterally terminated its agreement with the Foundation and failed to provide the administrative support necessary to transfer the documents and information belonging to the Foundation, as the Foundation requested in letters of March 22, 2019 and April 29, 2019."

Breach of implied covenant of good faith and fair dealing which, the lawsuit argues, the university violated "by unilaterally terminating its agreement with the Foundation failing to provide the administrative support necessary to transfer the documents and information belonging to the Foundation" and by "seeking to retain and use Foundation donor information and documents."

For each count, the lawsuit asks the court to order Lincoln University to pay "in excess of ($25,000) for direct, consequential and incidental damages, for attorneys' fees and costs incurred herein, for prejudgment and post-judgment interest, and for such other and further relief as the Court deems just and proper."

Young told the News Tribune: "We don't think this litigation is a good use of the University funds held by the Foundation and as to which it is a fiduciary. The University will continue to focus on furthering our mission, which is to provide excellent educational opportunities to our students."

The case was assigned to Circuit Judge Dan Green.

Several procedural steps must be taken before any hearing can be scheduled.