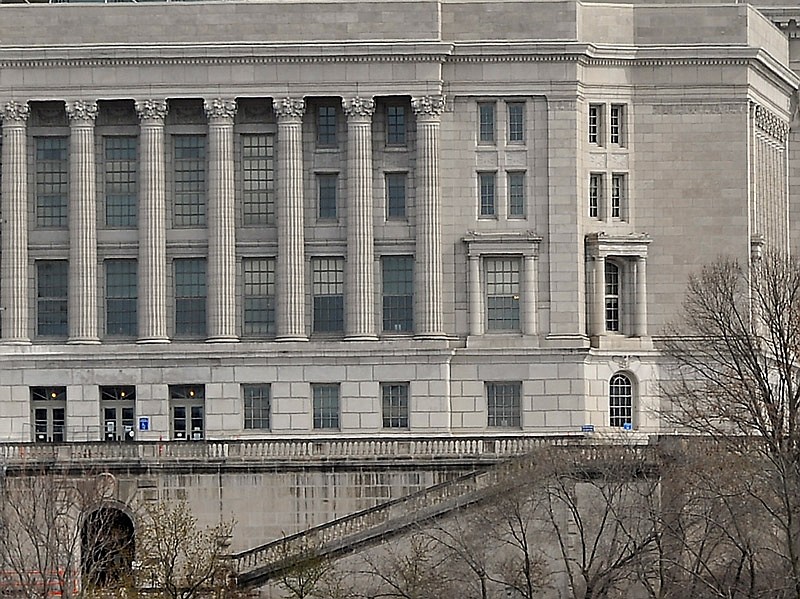 This April 1, 2019 file photo shows a portion of the south side exterior of the Missouri State Capitol.

Rep. Hardy Billington, R-Poplar Bluff, wants the Legislature to prohibit the use of anonymous names - such as John or Jane Doe - in any lawsuit involving the U.S. Constitution's "Establishment Clause" or the Missouri Constitution's religious freedom clauses.

However, twice as many people testified against Billington's proposal as spoke for it, during a Monday afternoon hearing.

The First Amendment's "Establishment Clause" says: "Congress shall make no law respecting an establishment of religion, or prohibiting the free exercise thereof "

The Missouri Constitution's "religious freedom" section in the Bill of Rights is much longer than the federal language.

It says, in part: "That all men and women have a natural and indefeasible right to worship Almighty God according to the dictates of their own consciences; that no human authority can control or interfere with the rights of conscience; that no person shall, on account of his or her religious persuasion or belief be molested in his or her person or estate "

The provisions of Billington's bill, House Bill 728, also would be triggered by any lawsuit filed under the Missouri Constitution's provision prohibiting the use of "public money in aid of any church, sect or denomination of religion, or in aid of any priest, preacher, minister or teacher thereof "

"I believe it's high time that we fight for religious liberty," Billington told the Senate committee.

Billington told senators Monday that, often, challengers to the use of religious symbols in public places "will hide behind an unknown plaintiff.'

"Cases involving the separation of church and state should not be handled in any other way." 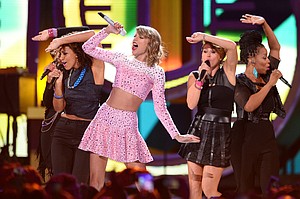 Don Hinkle, of Jefferson City, representing the Missouri Baptist Convention, told the committee: "Especially in the cases here in Missouri so far (where) the plaintiffs have not been identified, they - in order to sway public opinion - used the claim that people who oppose their lawsuits could become violent.

However, violence has been threatened, said Gwendolyn Lesch, of St. Louis, who identified herself as a disabled Air Force veteran and a transgender woman.

Referring to the plaintiff in a recent challenge to Missouri's 72-hour waiting period law before an abortion can be performed, Lesch told the committee: "I know someone who's life and safety depended upon the anonymity afforded by the courts. And when that anonymity was compromised, they were subjected to threats and degrading harassment (that) originated, mostly, from self-proclaimed Christians."

She added: "As a Satanist, I have experienced a great deal of prejudice, as well as being transgender. I have received death threats on the street in front of my house."

Kerry Messer, of Festus, representing the Missouri Family Network, said: "At issue behind this legislation are any number of activist organizations (that) have far-reaching agendas, so they are constantly shopping both for potential plaintiffs, as well as venues, to pursue their activist agenda."

He said they prefer to "bypass" the Legislature, "in order to use the courts to do their bidding."

Messer said the groups often target businesses, and seek to impact insurance coverage of those businesses and public organizations, as well.

Messer said when a plaintiff is hidden by an anonymous identity, "no media (can) ask questions and there never (is) any cross-examination."

However, that's not true, said Alison Gill, an attorney and vice president of the group American Atheists, who said even anonymous plaintiffs are subject to questioning and cross-examination during any trial.

Gill also testified: "The separation of religion and government is a foundational, constitutional principle and the very basis of the freedom of religion that all Americans enjoy.

"However, this bill undermines this essential freedom by making it more difficult for people whose religious liberty has been violated, to bring lawsuits against the government."

Messer urged the committee to pass the bill.

"I think it's the right thing to do," he explained. "The truth is always on our side.

"And, I think, transparency is a good thing."

Thomas Trae, of St. Louis, told the committee he had an ancestor who stopped being a judge, so he could defend a woman in Massachusetts accused of being a witch.

"I work in St. Louis and I work with people who have very diverse religious backgrounds," he said, adding his opposition to Billington's bill "isn't just for someone like me, who's an atheist, but for people who are in minority religions as well - to protect their safety when their rights are being challenged."

Scott McKellar, of Manchester, in St. Louis County, told the committee that Billington's bill is "unhinged and profoundly alarming - because, behind this bland and cryptic legalese lurks a deliberate reversion to barbarism."

He called the bill "a brazen attempt to preserve Christian supremacy by relying on the threat of actions outside the law," and added, "No one should be dissuaded from asserting their rights under the constitution, by fear."

James "Chad" McLaurin, of Columbia, state director of the Secular Coalition for Missouri, told the committee: "This is not so much about protecting religious interests as it is about removing the equivalent of whistle-blower protections."

Brian Kaylor, of Jefferson City - a Baptist minister, associate director of the group "Church.net" and editor of the "Word and Way" Baptist newspaper - reminded the committee that the nation's founding fathers, including future-President James Madison, sometimes promoted their ideas "anonymously, or with pseudonyms."

"There are many problems with this unnecessary and dangerous bill," Kaylor said. "It strips judges of their power.

"It puts people in danger (and) limits one of our first freedoms (by) reducing the lawsuits that are designed to protect religious liberty for all."

Nikki Moungo, of Ballwin, reported on her opposition to Ballwin's 2014 plan to post the words "In God We Trust" on the city hall's walls.

"The Ballwin (proposal) and video of my speech gained national media attention," Moungo said. "There were unfamiliar cars driving back-and-forth in front of my home."

The committee took no action Monday on Billington's bill.

The Legislature must finish all of its work by 6 p.m. May 17.