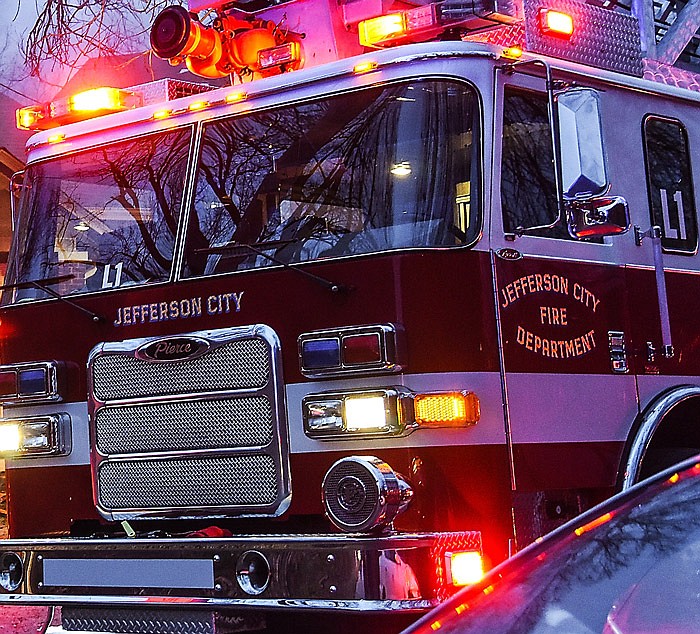 The Jefferson City Public Safety Committee voted Thursday to advance the Fire Department's proposal to switch to 48.5-hour shifts, with 96 hours off, to the Jefferson City Council for further discussion.

For the last few years, the Fire Department has been discussing the potential change and researching other departments that have swapped to 48-hour shifts, Fire Chief Matt Schofield said. In May 2018, the fire department union, Local 671, created a committee to research the 48-hour shifts.

Currently, a shift will work three days in a five-day span and then have four days off before repeating the cycle.

By working two consecutive days and having four days off, a firefighter will see an improvement in his or her circadian rhythm - the brain's internal clock that regulates the body's sleepiness and alertness at regular intervals - Union Vice President James Noah and committee member Colin Wright said.

"One thing me and the other members have agreed upon is with our schedule now, we're really working on a five-day work schedule because of those two days in between," Noah said. "It's frequent for us to get up a couple of times in the night or more. You're already sleep-deprived on that day at work, and then you're going home and jumping right into the action of house business with kids, family, so forth. Then you come back (to work) the very next day, so you're not really resetting on those days.

"With this, after those two days, you go home and you fall into a pattern of home life and family and getting that sleep deprivation out of your system."

Firefighters could cut down their commute times and have more opportunities to spend quality time with their families and interact with coworkers on other shifts, Wright and Noah said.

The department doesn't foresee any additional costs from moving to the new shift, Schofield said. It also would not impact the level of service, he added.

"Our original conversations with the membership of the local and our department internally was, regardless of shift changes, there would be no negative impact on (the) level of service and the quality of service we provide to the community," Schofield said.

The amount of training would not decrease if the department changed shifts, he added.

Switching to the new shift could help the Jefferson City Fire Department attract and retain firefighters, Wright and Noah said.

The 48-hour shift, with 96 hours off, is the preferred schedule for several fire departments around the country, including for departments in the Lake of the Ozarks area and St. Louis suburbs, Noah said.

"It works most other places, so I don't see why it wouldn't work here," Wright said.

Ward 4 Councilman Carlos Graham expressed concerns about increased fatigue if the department were to swap to the new shift. The department watches firefighter fatigue closely, Schofield said, and he believed the 48-hour shift could help.

"What we found is when people are coming home after a 24-hour shift, (they are) already in the focused work mode and already preparing for the next shift so they're not really off," he said. "Once they're gone, they're off and can maybe disconnect a little bit, establish a more natural rhythm and then come back on."

"Some people worry about, 'Well, what happens if you have that fire overnight?'" he said. "What people need to understand is we're a small enough fire department that when we do have a large fire that goes into the night, we actually call in all of our additional personnel. So, a lot of times, even if I was off, I would still come back and be fighting that fire."

The union and fire administration have been discussing this work cycle to ensure firefighters aren't overdoing it when they work long shifts, Noah said.

In November 2018, more than 77 percent of the shift workers approved the initiative, Wright said.

Fifteen members voted against the proposal. While some firefighters said the shift change would impact their other jobs, Wright said, others said they did not want to change shifts after having worked the same shift for several years.

If the City Council gives its approval, the Fire Department union hopes to implement the shift change in 2020.

While Cole County EMS jumped into the new shift schedule quickly, Schofield said, the Fire Department does not plan to implement the shift change quickly if it's approved.

"We've spent a great deal of time and effort to ensure we take all of the appropriate measures to ensure that we get it right the first time and that we give ourselves enough time to fully investigate all of the different potential challenges and benefits of the changes," he said.