State announces winners of Show Me Challenge Round 2 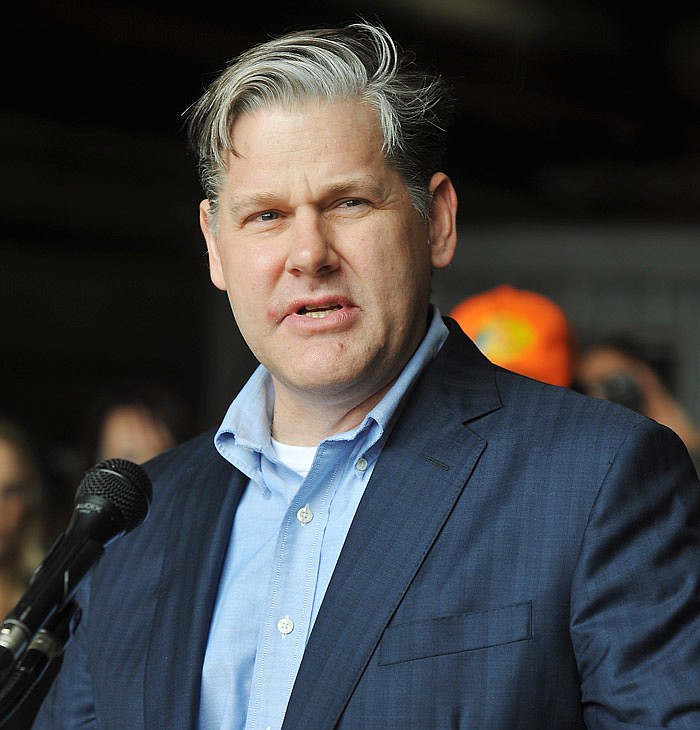 Drew Erdmann speaks to the press Jan. 11, 2017, following his appointment as the first ever chief operating officer for Missouri state government.

A Corrections Department team from Eastern Missouri and two Social Services Department teams (plus some Office of Administration employees) were the latest winners in Missouri government's Show Me Challenge, which asks state executive branch employees to pitch ideas for improved governance.

The winners were announced Wednesday, after nine teams with members from nine different executive departments competed Friday, by presenting their ideas to improve state government to a panel of Missouri government's senior leaders.

An OA news release said the Show Me Challenge was inspired by the TV show "Shark Tank."

This was the second round of the competition.

"In the first two cycles of the Show Me Challenge," the OA news release reported, "senior leaders received more than 100 proposals from over 500 team members from across the state."

As noted, only nine teams were asked to come to the final presentations.

"Teams' ideas ranged from ways to improve citizen service to cutting bureaucratic processes," the news release said. "The quality of the pitches was high.

"The panel of judges thought all nine teams pitched ideas that deserve to be implemented."

They proposed a new approach to managing water inside correctional institutions, which promises to improve the safety and security of the state's institutions while saving money and staff time for the department.

Second place was awarded to Team MoPAM from the Department of Social Services, for its "creative proposal to transform how the department reaches citizens in rural areas, by shifting from brick-and-mortar offices, which can be difficult for some to reach, to delivering services via mobile units," the OA news release explained.

Erdmann said in the release: "State of Missouri team members have again brought their 'A' game to the Show Me Challenge competition. Our colleagues working in the frontlines know firsthand what works and what doesn't, so they are best positioned to find solutions."

Precythe added, "Show Me Challenge finalists set the bar high with their impressive solutions to the day-to-day challenges our state team members face.

"It was inspiring to see so many great ideas for improving government from across our state. I'm proud the winning Department of Corrections team went outside the box to propose innovations that are more efficient, improve the safety for our staff, and preserve our precious natural resources."

And Jennifer Tidball, Social Services' acting director, said: "The Show Me Challenge gives the opportunity for all DSS team members to pitch ideas to make us better.

"Having two Department of Social Services teams in the top three is a testament to the creativity and commitment of our teammates across the state."

The Show Me Challenge is separate from the annual Governor's Award for Quality and Productivity, which Gov. Mike Parson awarded to teams from five state departments in early May.

The challenge takes place every six months, and the third cycle will begin next month.

Finalist teams will present their pitches in December with the winners announced before the end-of-year holidays.

Print Headline: State announces winners of Show Me Challenge Round 2