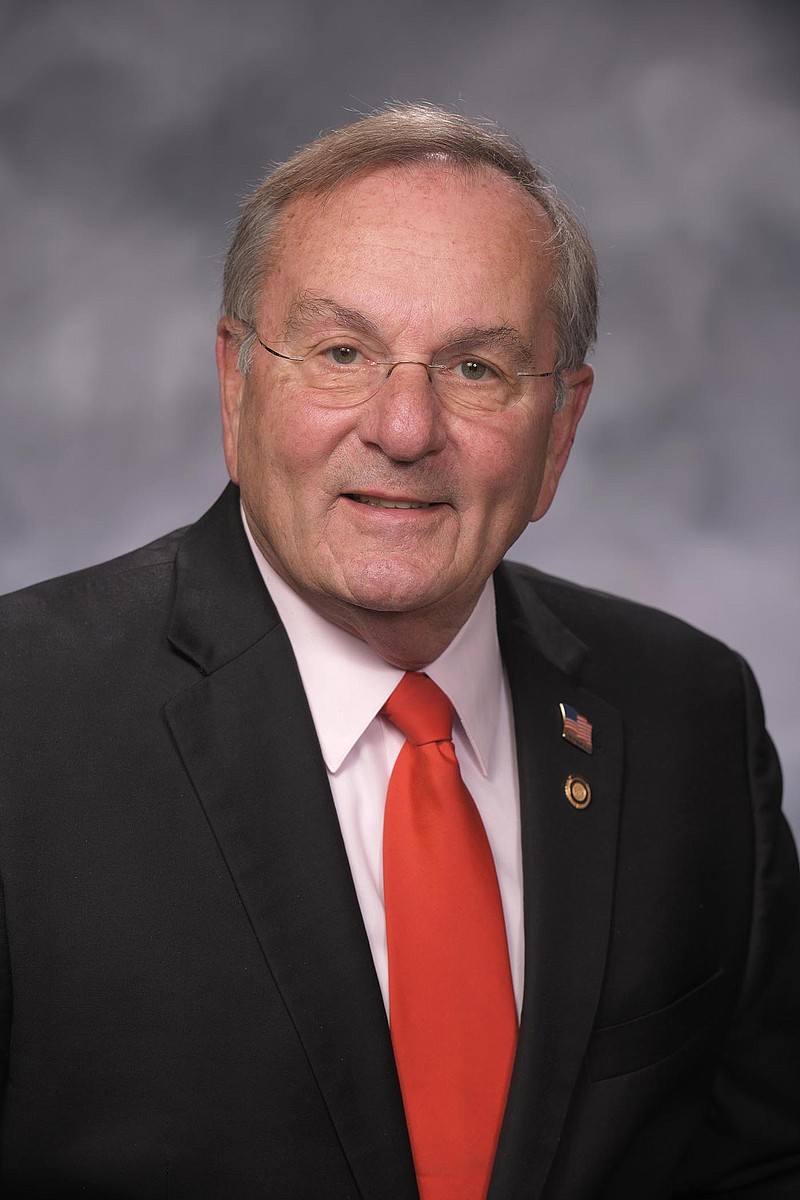 Greetings from the fourth floor of your Capitol.

As I write this column, we are experiencing extreme heat, and I want to encourage each of you to be careful, hydrate and watch out for your pets in the coming days.

Since I last wrote, I have been busy in the district visiting with many of you, listening to your concerns and talking about legislation that we passed in this last session. I appreciate these conversations and look forward to hearing from you when you have questions.

A belated Happy Independence Day to you all. On July 3, I participated in the Salute to America parade, and I was honored to have my very good friend retired Command Sgt. Maj. Jim Schulte drive me in his “minuteman” vehicle. Jim and a good friend built this vehicle for a couple of reasons. One was to help wounded warriors hunt feral hogs in southern Missouri and Arkansas. It is equipped with a swivel seat to give them 180-degree mobility and be safe all at the same time. The second reason was to honor the nine National Guardsman who paid the ultimate sacrifice in Iraq and Afghanistan. There are custom-made dog tags with their names and rank, and it is a tribute to their service for which we can never thank them enough. Thank you, Jim, for your service and all you do for our active duty military and veterans.

Director Anne Precythe did a great job emceeing the event and recognizing these officers for their heroic acts by presenting them with awards and pins they can display and wear as a sign of their service. A few of my colleagues from the House and I were able to present these officers with resolutions showing our appreciation for their service to the state and their department. Precythe has truly made a difference leading the Department of Corrections, and I commend her for her outstanding leadership. Our corrections officers put their lives on the line every day when they walk through the gate and often face dangerous situations, and for their service, we should all be grateful.

Finally, I am now serving on a legislative committee looking into expanding Missouri’s broadband. Tim Arbeiter, director of broadband development with the Department of Economic Development, made the presentation and outlined the importance of expanding internet service throughout the state. This past session, legislation was passed that will allocate $5 million in fiscal year 2020 to address this issue. Many areas throughout our state have no internet service while others have very limited service. The Department of Economic Development will prioritize those areas to identify those who are unserved, underserved and served. The unserved will be the first target group followed by the underserved. This will be a long-term project and Missouri is looking to Minnesota as a model since they have had great success over the years in providing broadband access. The Department of Economic Development will be rolling out applications in early fall and community leaders throughout the state are encouraged to get the broadband planning kit, take the survey and do the interviews being developed by a research team through Missouri S&T.

Agriculture is the No. 1 industry in Missouri, and many of our farmers are relying on computer-based programs, access to reliable internet service is crucial to their operation. Rural Missourians are the most effected but this is also an issue in many metropolitan areas of the state as well. Broadband availability is something all Missourians should have access to, and this is a step in the right direction.

As always, it is an honor to serve as your state representative, and if you have any questions or concerns, please reach out to my office.