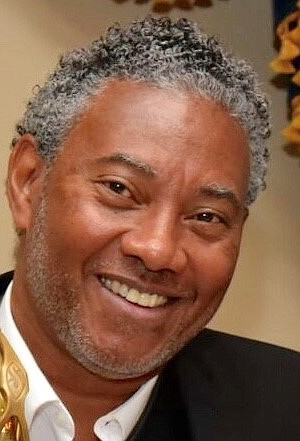 Alphonso Sanders was introduced to the Board of Curators last month as the new provost and vice president for Academic Affairs.

He succeeds John Jones, who joined the LU administration a year ago but resigned earlier this year, spokeswoman Misty Young told the News Tribune last month.

Sanders comes to LU after serving most recently as the chairman of Fine Arts and the director of the BB King Recording Studio at Mississippi Valley State University in Itta Bena, Mississippi.

A 2006 Fulbright Scholar, Sanders has studied abroad in China, focusing on music and visual arts.

His published works include a feature in Big City Rhythm & Blues magazine and the book "Musicians Up and the Delta."

He also comes to Jefferson City from Mississippi Valley State University, where he was an associate professor of music and a music education coordinator.

Arnold earned his doctorate in music education from Boston University.

He's featured on "A Look Inside," a performance with guitarist Larry Vincent.

Arnold is a member of the National Association for Music Education and the Percussive Arts Society.

She has dedicated more than two decades of her career to higher education, with the bulk of that at the Morehouse School of Medicine in Atlanta, where she served as faculty records coordinator, student activities coordinator, and as the registrar and director of student information systems.

In 2014, she was named registrar at Jarvis Christian College in Decatur, Georgia.

She currently is pursuing a doctoral degree in Leadership for Change, from Fielding Graduate University, based in Santa Barbara, California, which also has an office in Washington, D.C.

She will join Lincoln University from her position as associate director of Student Financial Services at the University of Arkansas-Pine Bluff.

Smith began her career nearly a decade ago at UAPB as a financial adviser.

She is pursuing a doctor of education in higher education degree from Capella University, an online, for-profit institution based in Minneapolis, Minnesota.

Some current university employees have taken on new roles.

Elizabeth Morrow, who previously has served as university registrar, will become LU's director of Alumni Relations.

She holds two degrees from Lincoln University, in chemistry and math, and is pursuing a doctorate degree in educational leadership from William Woods University in Fulton.

Earnest Washington is the new assistant dean of students for Campus Life, and he will continue serving in his role as director of Campus Recreation and Wellness.

Prior to joining Lincoln University last August, Washington was the director of Campus Life at the State University of New York-Oswego - where LU President Jerald Jones Woolfolk worked before becoming LU's president in June 2018.

Amy Miller is the new assistant director for Academic Advising.

She is a graduate of Bowling Green State University, in Bowling Green, Ohio, and holds a juris doctorate (law degree) from Northern Illinois University College of Law in DeKalb, Illinois.

Miller has served in various roles at LU since 2014, most recently as the assistant director of the Student Success Center. She also teaches business law.

John Fandrey is the new assistant director for Academic Support.

He was hired earlier this year as a learning specialist in the Student Success Center.

Fandrey is a graduate of the University of Missouri-Columbia and holds a juris doctorate (law degree) from University of St. Thomas Law School in St. Paul, Minnesota.

LaKeisha Jenkins Washington is the new director of the Student Success Center after coming to the university in fall 2018 as the coordinator for Academic Support Services.

She is a two-time graduate of Grambling State University in Grambling, Louisiana, with both her undergraduate and graduate degrees in psychology.

She is pursuing a doctoral degree in psychology from North Central University in Minneapolis.

Jacqueline Shipma is LU's new legal counsel, a job she began in January.

She succeeds Annie Willis, who resigned.

She earned her bachelor's degree in political science and her law degree and LLM - all from the University of Missouri-Columbia.