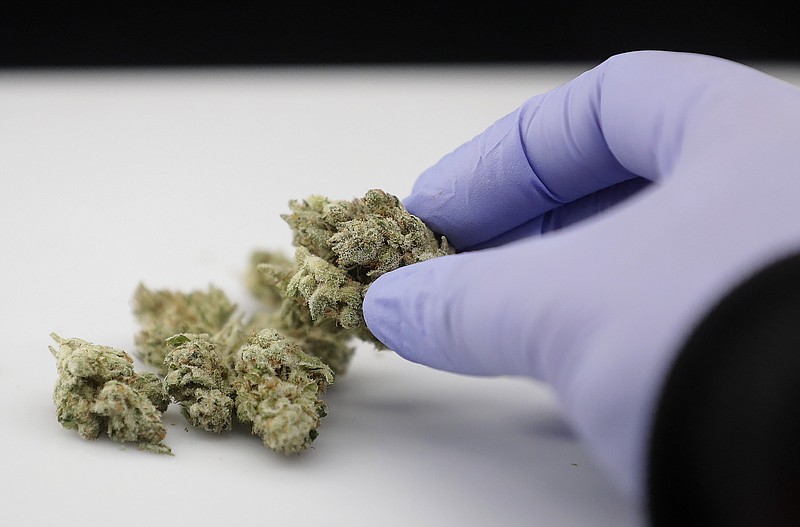 The state of Missouri will begin accepting pre-filed applications for medical marijuana facilities at 8 a.m. this morning.

Missouri's Department of Health and Senior Services will begin accepting the applications this morning at its Jefferson City office because state offices were closed Saturday and Sunday, the first two days that pre-filed applications could be accepted under state law.

Jefferson City, Cole County and Callaway County officials said much remains to be determined as the DHSS fleshes out the rules for governing medical marijuana facilities.

In November, 65 percent of Missouri voters approved Missouri Amendment 2, which modified the state constitution to create a medical marijuana system run by the DHSS.

Megan Hopkins, DHSS chief of public information, did not respond to requests for comment. An unnamed DHSS representative responded to repeated online media requests via email by referring a News Tribune reporter to guidelines on the department's website.

Pre-filing does not give cannabis entrepreneurs an advantage when applying for a medical cannabis license, Cardetti said. Instead, the deposits will be used to fund the department's work and prevent delays in the medical marijuana program's implementation, he said.

"That is especially important because we knew that passage of Amendment 2 would take place in the middle of the state's fiscal year," Cardetti said. "The way Amendment 2 is structured, the funding for the department stands appropriated without the need for legislative action."

Pre-filed application forms and accompanying deposits were available online last week at health.mo.gov/safety/ medical-marijuana/index.php. A representative at DHSS' Jefferson City offices said last week that forms would be available at the office today.

Pre-filed applications ask the applicant for his or her name, Social Security number, mailing address and the type of license sought. The forms do not function as applications to open dispensaries, cultivation facilities or infusion centers, according to the DHSS guidelines.

Beginning June 4, the DHSS will begin issuing applications to applicants who want to open dispensaries, cultivation facilities or medical marijuana infused products facilities, according to DHSS guidelines. Rules governing all medical marijuana facilities will also be finalized by June 4.

"We haven't heard a lot from (DHSS) about it," Campbell said. "They're the regulatory authority, so they'll be setting the regulations. They'll be accepting the applications."

On July 4, the state will begin accepting applications from patients with one of 10 qualifying medical conditions that want to seek access to medical marijuana.

On Aug. 3, the state will begin accepting applications for medical marijuana facilities. By Dec. 31, the state must begin the approval process for applications filed Aug. 3, according to the guidelines.

Facilities' licenses will be valid for three years.

As the department works to craft the rules that will govern Missouri's medical marijuana industry, local officials said much remains unknown. At least 24 dispensary licenses must be issued in each of Missouri's eight congressional districts, according to the ballot initiative.

Cardetti said DHSS will determine how many facilities can be in each county within a congressional district. Jefferson City Counselor Ryan Moehlman said the initiative prohibits cities or counties from enacting prohibitions on medical marijuana facilities.

"Because this was a medical marijuana law and not an adult use law, patients needed to have relatively close access," Cardetti said.

Moehlman and Jefferson City Administrator Steve Crowell said the city may consider what local ordinances it can put in place to govern medical marijuana. The Jefferson City Council has not considered proposed rules, Crowell said.

Even without guidance from the state, the city will have some power to regulate the medical marijuana facilities on its own through its zoning power, Moehlman said.

"The City Council is going to need to determine where we want these type of facilities," Moehlman said.

"There's no way we are prepared to open dispensaries until we get direction from the state," Bushman said.