All systems 'go' on medical marijuana in Missouri 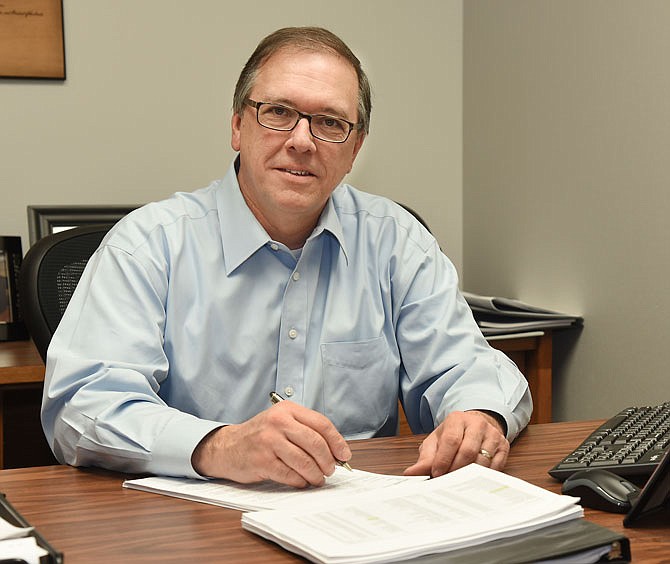 Lyndall Fraker, director of the section for medical marijuana regulation at the Department of Health and Senior Services, talks about the process of licensing medical marijuana growers, dispensary facilities, infused products and related industries. Interested parties submit an application and after review are licensed or not licensed.

Implementation of Missouri's medical marijuana program may appear slow, but it is proceeding at a pace outlined by the initiative that created the program.

Over the past two weeks, the Missouri Department of Health and Senior Services has issued licenses for 10 testing facilities (eight more than required), 21 transportation facilities and 60 cultivation facilities.

With one attorney, Fraker came on board the program Jan. 2 to begin setting out the amendment-specified rules for the program. Other staff have since joined the program.

"The license piece is what we've been working on for the last few months," Fraker said Friday. "It's falling into place also."

The amendment received 1,572,592 votes statewide (65.54 percent). It made marijuana use legal for treatment of cancer; epilepsy; glaucoma; intractable migraines (those persistent migraines that don't respond to other treatments); chronic medical conditions that cause severe, persistent pain or persistent muscle spasms, including, but not limited to those associated with multiple sclerosis, seizures, Parkinson's disease and Tourette's syndrome; debilitating psychiatric disorders (when diagnosed by a state licensed psychiatrist), including but not limited to post-traumatic stress disorder; human immunodeficiency virus or acquired dependence (if a physician determines cannabis would be effective and safer); any terminal illness; or (in the professional judgment of a physician) any other chronic debilitating medical condition.

"The drafters of the amendment and the industry experts expected us to have a 2-3 percent patient adoption rate based on our population," Fraker said. "Which means that with 6.1 million citizens, they expected us to have around 150,000 patients within the first two to three years."

A University of Missouri study estimated there would be only 26,000 patients after two to three years, he said.

"We believe the 150,000 patient base is going to be more accurate in two to three years," he said.

As of Friday, the program had received 28,266 applications, Ziegler said.

Patient services staff are primarily responsible for processing the applications they receive through the online registration system.

"The bulk of our work has been reviewing those applications and making determinations (about whether applicants are eligible for the program) based on our rules," she said. "We have 30 days to process an application once we receive it."

"Those were basically inquiries, not only from patients," Ziegler said. "Primarily from facilities when we opened our call center. We handled a large amount of facility calls. We're doing a pretty good job of keeping up."

When patient services staff receive patient applications, staff check for the qualifying medical condition and the physician certification. The certification must be signed by a physician in good standing in the state.

"We're always reviewing those records through a professional registration website to make sure that doctor fits the requirements," she said. "We need to verify Missouri residency."

It takes a lot of review, Ziegler said. Staff continue to develop processes and procedures.

Because the law is so new, staff try to identify needs of applicants and try to best educate them so that when they apply for a medical marijuana card, they can obtain it.

Once dispensaries open, probably sometime in late spring or early summer, patients may only purchase up to 4 ounces of medical marijuana in a 30-day period. The possession limit for a certified patient is a 60-day supply.

"We're really trying to educate patients in what that looks like," Ziegler said.

The number of applicants for home cultivation currently makes up about a third of the entire patient base. But the program organizers expect the percentage of patients who seek home cultivation to decline, Fraker said.

Once dispensaries opened up in other states, the percentage leveled out at about 10-11 percent, Fraker said.

Non-refundable fees from medical marijuana applications have generated nearly $17 million. That is expected to climb much higher soon. After facilities receive notification they are certified, they must pay their annual fees within 30 days. For the 60 cultivation facilities, that's $25,000 each; for dispensaries, $10,000; for manufacturing facilities, $10,000, laboratory testing, $5,000; seed-to-sale, $5,000; and transporters, $5,000.

Through annual fees alone, the certified facilities will bring in more than $4.4 million.

The money generated has helped the Section for Medical Marijuana Regulation continue to grow to meet its needs. There are now 12 patients specialists working full time in the section. The next big staffing growth will be for inspectors. A search at mocareers.mo.gov found inspectors will make $40,000-$56,000 annually, depending on their experience. The program will be fully staffed at 52 employees, Fraker said.

"After the bills are paid, Article 14 of the Constitution specifies that the remaining funds go to a new fund that was set up - guarded by the state treasurer and administered by the Missouri Veterans Commission," he said. "And believe me, the veterans are watching it. They know that that money is sitting there. We hope to get it to them as soon as possible."

Licensees are required to reapply for licenses every three years. Beginning in 2022, license application fees for cultivation, dispensary and manufacturing facilities will be half of the original fee. Other application fees will remain the same.