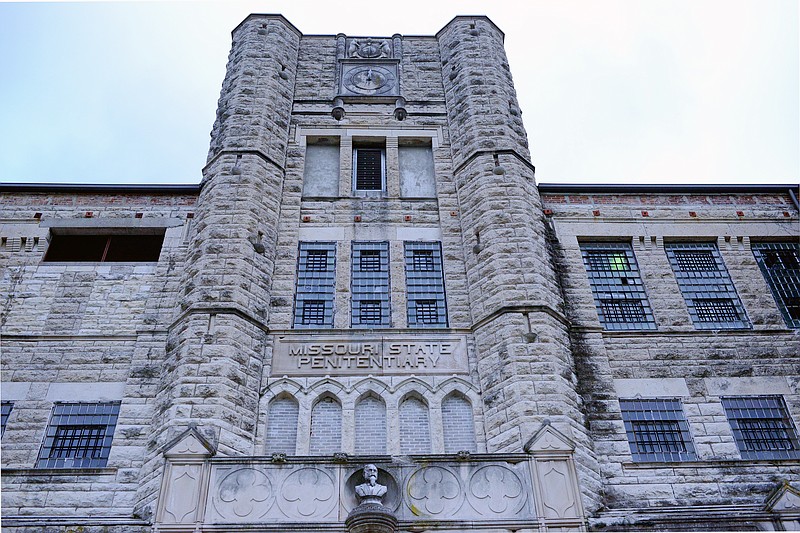 The entrance of the Missouri State Penitentiary is seen Wednesday October 10, 2018 on Lafayette Street.

Two redevelopment proposals for the Missouri State Penitentiary site were presented to the public Monday night, allowing the city to gather public input.

The plans came from two developers - Farmer Companies and a group made up of Chesterfield Hotels, Arcturis, Peckham Architecture and Central Missouri Professional Services.

The proposals are for the development of almost 32 acres of property near the historic prison, conveyed to the city from the state in 2018.

The land is between the historic site and Chestnut Street, as well as some right-of-way areas and the old shoe factory, the second-oldest building on the prison site.

The Farmer Companies proposal included two options to choose from.

Both options include development of an outdoor space on the MSP site and building a convention center next to Courtyard Marriott hotel F&F Development is currently constructing on the site of the former St. Mary's Hospital, at the intersection of Missouri Boulevard and U.S. 50.

Option A would be to build a 25,000-square-foot convention center next to the hotel and turn the MSP site into the Veterans Memorial Athletic Complex.

The MSP site would be turned into artificial turf fields for soccer or other sports and a walking trail. Rob Kingsbury, president of Farmer Holding Company, said there would be five to 10 fields, depending on the size of the fields and the availability of about 3.5 acres of land currently owned by the state.

"The key there is the 25,000-square-foot building; it's more of a diverse use," Kingsbury said. "You could do anything from car shows and boat shows, to ballroom activities."

Option B focuses on a convention center double the size and a park space at MSP.

At the MSP site, a large park would take up the space with walking trails and playgrounds. There would also be a built-to-suit restaurant near the river.

As part of their proposal, they would demolish the shoe factory which is currently on the site, a historic piece of property left over from the prison's past, and large portions of the remaining prison walls, although they would keep the guard towers to retain historic value, Kingsbury said.

They would also hope to relocate the gas chambers, currently on the lower level of the site, to within the prison tour area and out of the space they would use for the athletic fields or park. However, the land the gas chamber is on is currently owned by the state, so they would need to work with them to make that happen, Kingsbury said.

"The most important thing for us is coming with the pieces of a plan that's both financially and functionally viable," Kingsbury said of the plan.

"We tried our hardest, in our financial modeling, to find a way that was financially and functionally possible for the hotel and convention center to go on this site. We had a hard time getting there, so that's why we're proposing it the way we're proposing it."

As part of their presentation, Farmers proposed a timeline of about two years from the selection of a developer by the city to completion of the project. The Courtyard Marriott is scheduled to be complete in August 2020.

The proposal by the St. Louis-based group of developers including Chesterfield Hotels and architectural firm Arcturis includes the development of a hotel, conference center and other amenities within the 32 acres at MSP.

The developers are also proposing to demolish the old shoe factory and parts of the prison walls, and also Housing Unit 5.

The mixed-use buildings could house retail and office spaces as well as some apartments on the upper levels of one building for young professionals, while the town homes can offer spaces for families or older residents.

Brian Burmeister, a planner with Arcturis, said they included possible residential spaces to give the space more uses, so everything worked together.

The plan also includes some public spaces like small parks and a sculpture plaza, as well as greenway trails and a quad area in the center of the prison buildings with an outdoor performance pavilion.

A pedestrian activity plaza, or social square, would include a splash pad and lawn space, which would convert to an ice rink in the winter.

Nick Peckham, with Peckham Architecture, said the proposed museum could be a possible site for the Arabia Steamboat Museum, currently located in Kansas City, which is looking for a new home along the river.

They are also proposing a new Amtrak station on the site, which would need to be worked out with the transportation company, Peckham said.

As far as a timeline, the proposal could take longer than the one proposed by Farmer Companies, due to the amount of construction that would be needed. Peckham said they won't know a solid timeline until a decision is made by the city.

At the open house, city staff encouraged attendees to fill out citizen surveys about each proposal.

To answer the questions, respondents selected from a range of options from "strongly disagree" to "strongly agree." Following that, there were short-answer questions about strengths, weaknesses and best features of the plans.

"The decision makers are interested in how the public sees these, and each member of the MSPCP and City Council have to decide how much they want to weigh public input," Moehlman said.