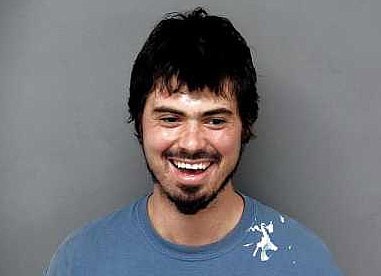 A Jefferson City man has been charged with making a terrorist threat on social media Tuesday.

Brian Groner, 26, allegedly made statements, "Your Next Mass Shooter. Columbine won't have (expletive) on me," according to a Jefferson City Police Department probable cause statement.

Authorities said this statement, made on Groner's Facebook page, was on a setting that allowed anyone to view it.

According to police, the statement was viewed by more than ten persons via Facebook and that led to them calling police and saying they feared for theirs and others' safety.

Groner reportedly told investigators that he did make the statement and with the intent for others to view it.

He also allegedly stated that he had studied the shooting at Columbine High School in Colorado in 1999, stating, "The Columbine shooters were lame because they only killed 12 people. I could do better and kill more than 12."

Groner also was said to have understood why posting the statement would instill fear and frighten a large number of people and why it was considered a terroristic threat.