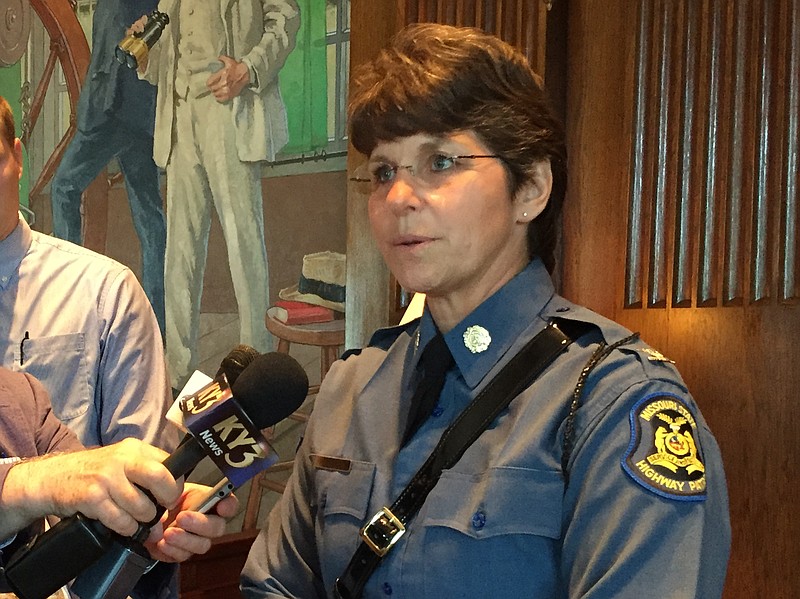 A five-officer patrol review team unanimously recommended Piercy be reinstated as a trooper but transferred from Troop F in Jefferson City to another location in the state.

Karsten, in December 2017, ordered Piercy be fired instead.

So Piercy went to court, and Joyce ruled in 2018 that Karsten had overstepped her authority by recommending an action stronger than the review board's proposal.

The state appealed that ruling, and three judges of the appeals court handed down their decision Tuesday.

Piercy's lawyer, Tim Van Ronzalen, of Jefferson City, said their argument all along was that the colonel can't disregard what the board says.

"Before a trooper can be fired, they have the right to go to the board and they can only be terminated if a majority of the board votes for it," Van Ronzalen said.

The legal battle has its roots in a 2014 drowning at the Lake of the Ozarks.

Piercy handcuffed Ellingson, put a life-vest on him, and was taking him to the zone office to complete the testing required for the BWI charge when Piercy's boat hit a wake and Ellingson fell into the lake. Piercy had used the wrong kind of life vest, and it came off.

Despite Piercy's attempts to save Ellingson, the college student drowned.

Following the accident, a patrol Crash Review Board investigated and recommended Piercy be suspended without pay for 40 hours and he "complete a four week Marine Operations Trooper Training Course" and field evaluation program before being assigned to "marine operations duties."

The Patrol's Division of Drug and Crime Control conducted another investigation, and its report ultimately led to a hearing by a Morgan County coroner's jury - which "concluded that no crime had been committed."

However, a second special prosecutor eventually charged Piercy with manslaughter, a felony - then later reduced that charge to "negligent operation of a vessel," a Class B misdemeanor.

Piercy pleaded guilty to that charge Sept. 19, 2017, and was sentenced to 180 days in the county jail - with the execution of the sentence suspended.

Instead, Piercy was placed on two years of supervised probation and sentenced to 10 days of shock time in the jail.

With Tuesday's ruling, Van Ronzalen said they'll be going back to Joyce to ask her to make a decision about lost wages and benefits Piercy should be entitled to since Joyce and the appeals court said he should have been employed and not fired.

A lawsuit challenging the state's decision to revoke his peace officer's license is still pending.

"Tuesday's ruling is good for all troopers," Van Ronzalen said. "They have a difficult job and have always needed to have this type of protection."

Print Headline: Piercy to be reinstated as trooper, transferred elsewhere