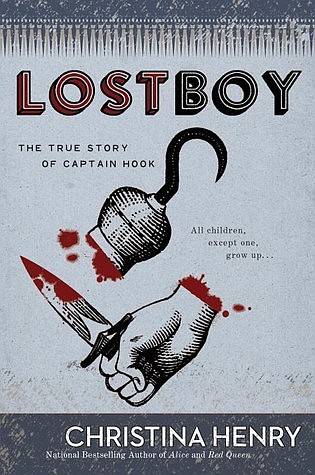 You’ve heard of Captain Hook, the dreaded enemy of the perpetual child Peter Pan. Ferocious and terrible, he terrorizes Peter and his merry band of boys and is terrified of a certain ticking crocodile.

But you’ve never known how Captain Hook became Peter’s enemy. “Lost Boy,” by Christina Henry, is the story about how young Jamie became the cursed pirate with the hook for a hand.

Jamie was the first. The first lost boy, Peter’s first friend, Peter’s favorite. Peter brought Jamie to the island from the Other Place because there were no rules on the island, no adults to obey and they could stay boys forever. Jamie lived for years with Peter before Peter began bringing other boys from the Other Place, and Jamie became the caretaker. The one who cared about the fate of the other boys, who made sure they ate, who bound their wounds. Peter, Jamie and the other lost boys spent their time playing battle, swimming with the mermaids, or fighting off the Many-Eyed. But as time goes on, Jamie starts to see Peter’s real side. The side that doesn’t care about putting boys in danger, that doesn’t care about the boys that get terribly wounded and gruesomely die. Because worrying isn’t fun. When Peter brings back a very young, gentle, boy named Charlie, Jamie makes it his mission to protect him and the other boys from the volatile Boy Who Never Grows Up.

“Lost Boy” is a darker retelling of Peter Pan that I had ever imagined. It’s Disney’s version of Peter Pan combined with “The Lord of the Flies,” and it’s incredibly shocking and sad in places. The writing style is excellent and creates a very sympathetic view of Jamie and his struggles with and against his best friend Peter. The tension between these two friends-turned-enemies keeps the story moving, and kept me turning pages.

I will definitely be reading more of Christina Henry’s books. A master storyteller like her deserves to have her work read repeatedly.