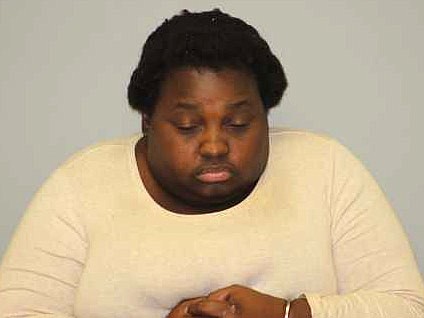 The caregiver who last saw 4-year-old Darnell Gray alive was formally charged Wednesday afternoon in connection with his death.

Quatavia Givens, 26, of Jefferson City, was charged with one count of abuse or neglect of a child. Court records show she was being held in the Cole County Jail without bond.

Authorities said the arrest came after interviews and interrogations.

A Jefferson City Police Department probable cause statement said Darnell's body was discovered Tuesday in a wooded area in the 2100 block of Louis Circle.

JCPD Lt. Dave Williams on Wednesday said Darnell's body was discovered "literally though the investigation and the search parties' efforts."

"We had people out on one of the paths that she (Givens) traveled regularly," Williams said. "We had numerous calls come into our tips lines, but none of the calls that came in would have helped lead us to discover Darnell or lead to the arrest of Givens."

Givens, who was in a relationship with Darnell's father, called police shortly before 7 a.m. last Thursday to report he was missing from a residence in the 1100 block of Buena Vista Street. She had told police she discovered the child was missing Thursday morning, which set off a nearly week-long search for the boy that ended Tuesday afternoon with the discovery of his body.

Last Thursday, Givens had told authorities she believed Darnell had been abducted or had run away from the residence. When she found Darnell was missing, she told authorities, she drove across town to her mother's residence to tell her what had happened.

Authorities said Givens was taken into custody Tuesday at a residence where she was being interviewed by officers; she was then taken to the police department for further questioning. At the time of her arrest, police said, Givens did not know Darnell's body had been recovered.

The probable cause statement stated Givens eventually admitted to investigators she knew the location of Darnell's body, which was consistent with where he was located.

The statement also said Givens admitted she had injured the boy by stating, "I may have hit him wrong."

An autopsy was performed on Darnell's body, and authorities said it showed he had multiple injuries caused by blunt force trauma and sharp force trauma to multiple locations of his body prior to his death.

Authorities said they could not disclose more details about the extent of the injuries, saying that information would come from the medical examiner.

"We have not finished with the process, and it is possible more arrests will be made," he said.