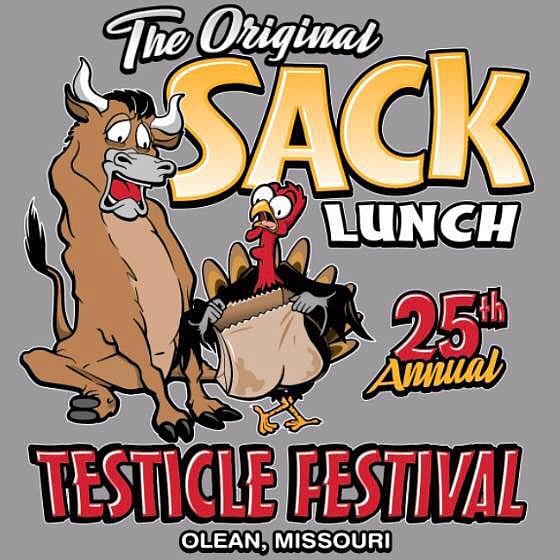 What started as a community event offering entrees sourced from area farmers has become a more refined affair with USDA-approved turkey-based "oysters." Admission is free to the public, and an order of oysters will cost $5.

This year's festivities include musical performances by Helen Russell and Company from noon-3 p.m. and the Steve Vernon Band from 4-7 p.m.

Rocky Mountain oysters aren't exactly seafood. The dish is known by many names: prairie oysters, cowboy caviar or calf fries, to name a few. They are traditionally made with fried bull testicles - from which the Olean Testicle Festival gets its name - but they also commonly come from lamb, bison and - in Olean's case - turkey.

"We have other food, too, because (calf fries) aren't everyone's first choice," Bledsoe said. "But we have a lot of people who, if they like them, think this is the time to come and get them."

Olean's festival started small but has expanded a lot over the years. People have come from near and far for an evening of live music, merchandise vendors, beer and a meal.

Last year's event attracted about 2,000 people to the village of about 130 residents, located north of Eldon on Missouri 87.

"Just the name attracts some people, like, 'What is that?'" Bledsoe said. "For what we serve, the mountain oysters, I think some people are curious what they taste like. A lot of people come to check out what it is all about."