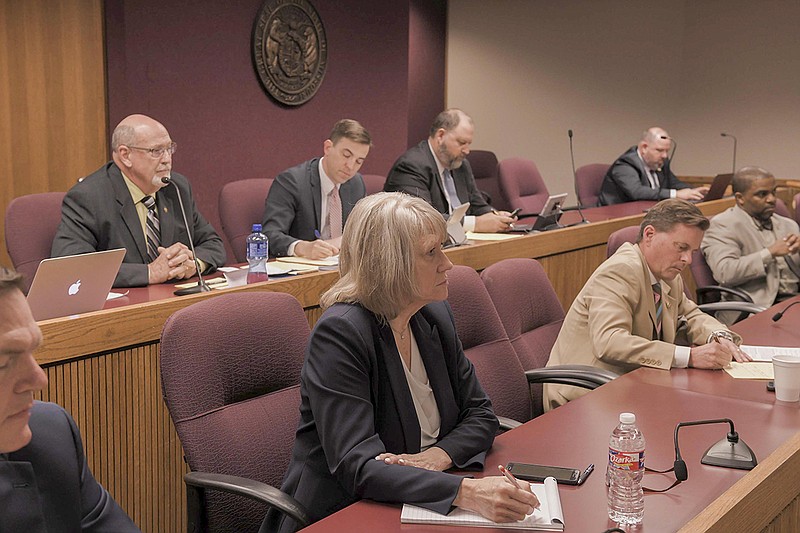 The Missouri House of Representatives Special Investigative Committee on Oversight has filed a civil suit in Cole County Circuit Court against A New Missouri and Greitens for Missouri.

The Missouri House of Representatives Special Investigative Committee on Oversight has filed a civil suit in Cole County Circuit Court against the groups A New Missouri and Greitens for Missouri.

In the suit, which was sent to Judge Jon Beetem's court, the committee asks the judge to enforce subpoenas issued by House Speaker Todd Richardson, R-Poplar Bluff, seeking to compel both groups to produce documents the committee has requested, or show cause as to why the subpoenas should not be enforced.

The House on March 1 adopted rules of procedure regarding the committee's hearings, and those rules include provisions that the committee may compel the attendance of witnesses and the production of any paper or document.

The committee's charge includes considering the possible impeachment of an executive officer of Missouri, including a governor.

The Missouri Constitution says only the House of Representatives can vote to impeach any of the statewide elected officials or state judges.

Greitens for Missouri is a candidate committee while A New Missouri is a nonprofit, tax-exempt corporation whose role is "to advocate and promote the governor's agenda" and to "make sure Missourians know what the governor is doing and what is trying to get passed."

The suit shows that both organizations operate out of the same office, and the same "money people" operate both groups.

According to the committee, emails they uncovered showed that within weeks of becoming governor, Greitens; Meredith Gibbons, a fundraiser for both groups; and Austin Chambers, a senior advisor to Greitens for Missouri, all participated in meetings with the governor's "staff" and "team" designed to solicit donations for a 501 (C) organization - believed to be A New Missouri - from a large donor.

The committee has heard testimony from witnesses who acted as paid campaign personnel responsible for fundraising for Greitens For Missouri. That testimony described directives from Greitens between January and March 2015 to have conversations with donors who intended to raise "significant amounts of money and conceal the identity of donors."

The committee also uncovered a confidential memorandum from July 9, 2016, from Will Scharf, a former campaign staffer with Catherine Hanaway's gubernatorial campaign and now Greitens' policy adviser, sent to Michael Hafner, that indicated Greitens engaged in a scheme to conceal donors by channeling contributions through shell LLCs. The memorandum details $30,000 of contributions allegedly concealed in December 2015.

The committee asks Beetem to enforce the subpoenas, saying Missouri's Constitution states that under campaign finance laws, contributions to a "committee" with the intent to conceal the identity of the actual source of the contribution is prohibited. Furthermore, the knowing and willful acceptance of such a contribution is a misdemeanor crime.

The suit alleges that throughout 2017 and 2018, A New Missouri spent monies on advertisements in support of Greitens and has allegedly spent money on his travel. They also made five contributions totaling $2 million to committees that are required to file reports with the Missouri Ethics Commission.

Those committees, including "Missourians for Worker Freedom" and "Freedom to Work," have been organized with the purpose of supporting and opposing various initiative petitions dealing with "Right-to-Work."