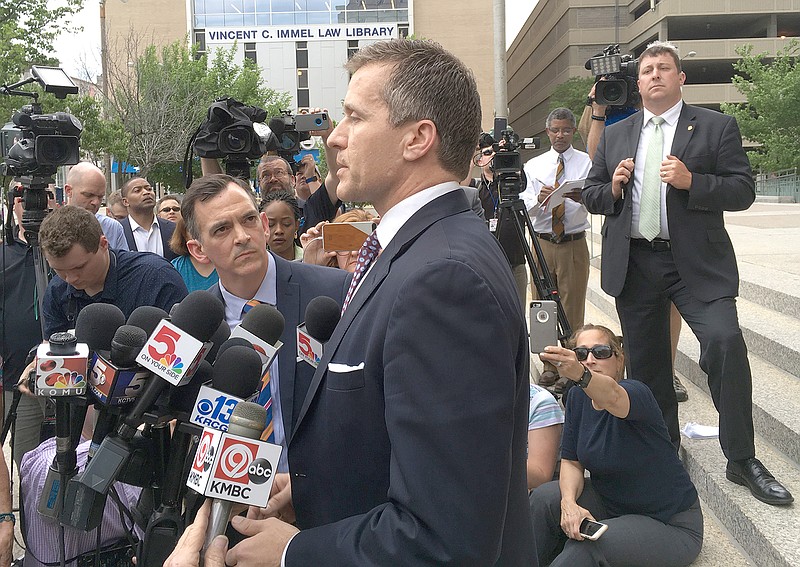 In this May 12, 2018 photo, Gov. Eric Greitens speaks at a news conference outside court in St. Louis.

Police say the decision to investigate was made after meeting with two of Greitens' attorneys, who announced earlier Tuesday they would ask for an investigation. The defense attorneys allege that William Tisaby, an investigator hired by Circuit Attorney Kim Gardner, lied to the court and withheld evidence.

Prosecutors dropped a felony invasion-of-privacy charge against Greitens on Monday after a court ruled that Gardner had to answer questions under oath from Greitens' attorneys.

Gardner said in a statement that there is not "one shred of evidence" that Tisaby acted illegally or that his actions materially impacted evidence.

Gardner's office has said the charge stemming from Greitens' 2015 extramarital affair will be refiled by a special prosecutor or an assistant in her office.