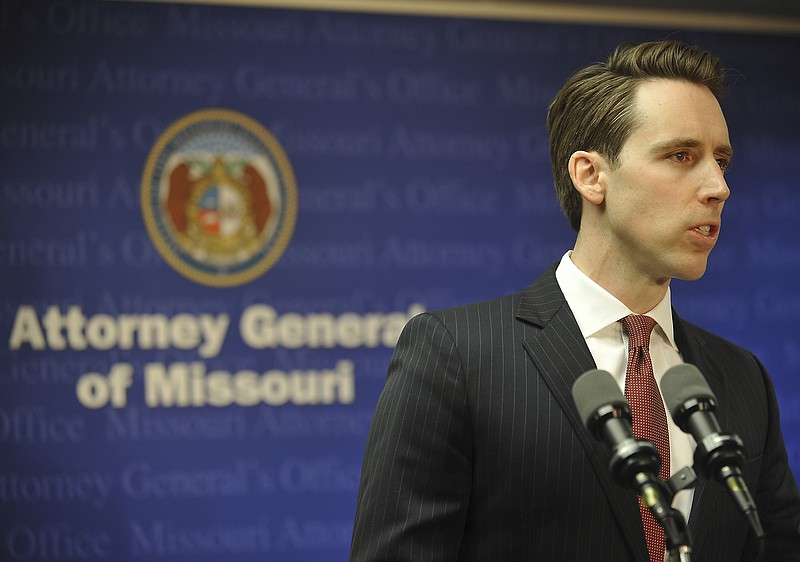 Mark Pedroli, who is representing Ben Sansone of the Sunshine Project, sued Greitens over his use of the Confide app. The lawsuit contends Greitens and his top staff violated the state's open records laws by using the app, which automatically deletes texts after they are read and does not allow the user to retrieve the texts.

Hawley investigated the Greitens administration's use of the app and announced in March that he found no evidence of wrongdoing. He said the only government-related business used on the app reported by staff related to logistics and scheduling, and state law doesn't require those types of messages to be retained.

He also wants information about the attorney general's office policy regarding Confide, and how the office determined which public records do not have to be retained because they are considered unimportant

Last month, Pedroli subpoenaed records from New York City-based Confide Inc. in an effort to reconstruct messages sent using the app. Pedroli said Tuesday he is reviewing about 1,100 records delivered last week from the governor's office in response to a discovery request.