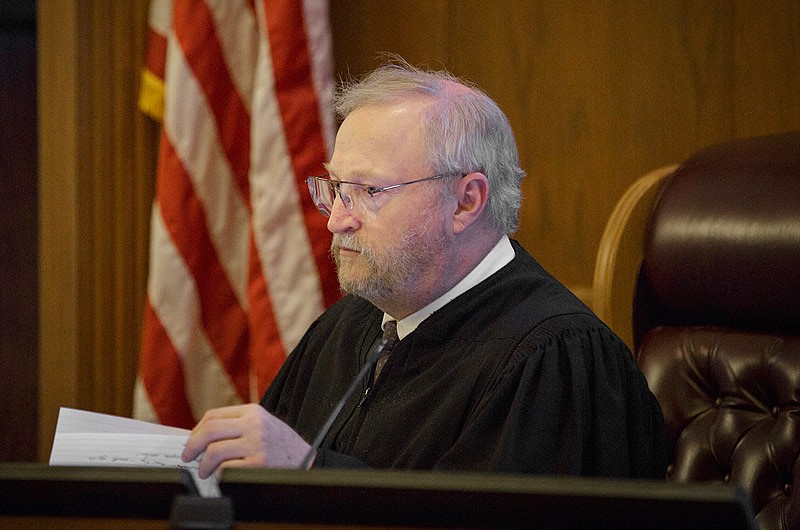 The lawsuit challenging Gov. Eric Greitens' use of the Confide smartphone application, which erases messages as soon as they're read, will continue.

Cole County Circuit Judge Jon Beetem on Monday rejected Greitens' motion to dismiss the entire lawsuit, although he did dismiss four counts of the revised version of the suit that was filed April 5.

And the judge gave Greitens' attorneys 20 days from Monday to respond to the amended lawsuit.

Continuing the case still leaves the possibility of the "discovery" process, where each side in a lawsuit is provided the evidence the other side has to present, and can raise questions that must be answered.

It also means depositions under oath can be taken, including possibly of the governor.

Pedroli originally filed the suit Dec. 29, then amended it in March, accusing the governor and his staff of violating the state's Sunshine and open records laws by using the Confide app on their mobile phones.

But Bob Thompson, a Kansas City lawyer who took over the governor's defense in mid-March, told Beetem during an hour-long hearing April 6 that "each and every one of these (12) counts should be dismissed as a matter of law."

He said Pedroli and his clients already have been told "the documents don't exist, were not retained and cannot be produced."

And, Thompson said nearly four weeks ago: "There is no requirement to produce a record that doesn't exist - as a matter of law, it is not a record that is required to be produced."

During that hearing, Pedroli told Beetem: "We have alleged they were documents that should not have been destroyed. They destroyed the records or attempted to destroy them."

Thompson also had argued only the attorney general or a local prosecutor could challenge the governor's office under Missouri's record retention laws.

But Pedroli told Beetem: "None of (the laws) say there isn't a private right of action."

He later said: "The Sunshine Law clearly says that, when a public official destroys original public records, a resident of Missouri has a right to bring a claim. It's as clear as a bell."