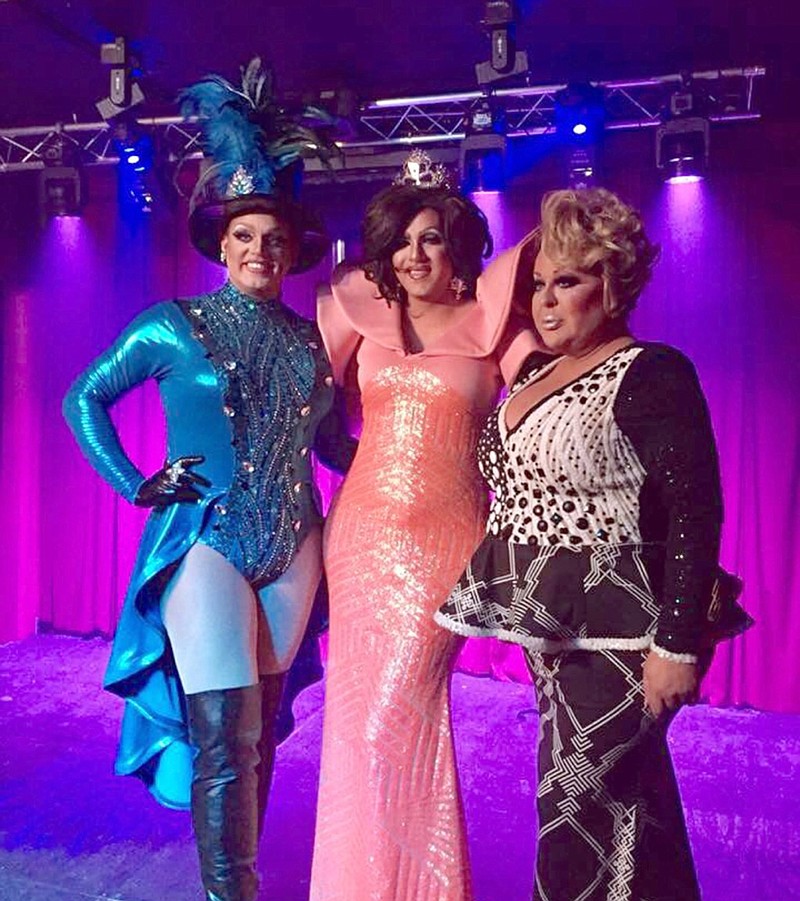 From left, Booklynn Burroughs, Jenessa Highland and Alicia Markston pose after a performance in 2018 at Capitol City Cinema in Jefferson City. Burroughs is expected to be part of the Drag Show on Saturday, hosted by Capitol City Cinema. (Submitted photo)

Capitol City Cinema invites you to "be their guest" June 30 at the third annual Disney Drag Show.

The Disney Drag Show serves as one of the largest fundraisers for Capitol City Cinema's nonprofit efforts. Performers Jenessa Highland, Brooklynn Burroughs and Alicia Markston will bring a whole new world of Disney characters to the stage.

"We have done shows there - probably five or six shows a year - for the past couple of years and one of the themed shows that we do a lot at other venues is Disney shows because they're family friendly and everybody knows the songs," said reigning Miss Missouri America Jenessa Highland, who will be performing in the show. "So it kind of gets the people involved, and we thought it would be a good idea to bring that to Jeff City, too.

"All of the tips raised are donated by the entertainers as well as the ticket sales, so it's been a pretty successful fundraiser for them the past couple of years and it's helped them grow quite a bit. It's also a great opportunity for us to come do what we do in a city that doesn't have quite as much experience with that."

Capitol City Cinema is a nonprofit, community-based movie theatre with a mission to educate, inspire, entertain and connect the community through film programming and film-related events. Last year, the the Disney Drag Show raised $5,000.

Parents and children are also welcome to dress up like some of their favorite Disney characters as they have done in the past.

Last year, cast members sang tunes as Sebastian from "The Little Mermaid," Belle from "Beauty and the Beast" and Maleficent. The cast also likes to switch things up and perform top hit songs that can be relatable to a Disney character.

This year, guests can look forward to performances featuring The Lion King's "Circle of Life" that will go into a mix with "Can You Feel the Love Tonight," as well as performances as Ursula from "The Little Mermaid" and characters from "Mary Poppins."

"This is a really nice time to come out and enjoy the Capitol City Cinema space and enjoy some Disney and have a good time with everybody," Highland said.

Tickets can be purchased at capitolcitycinema.org/drag-show.