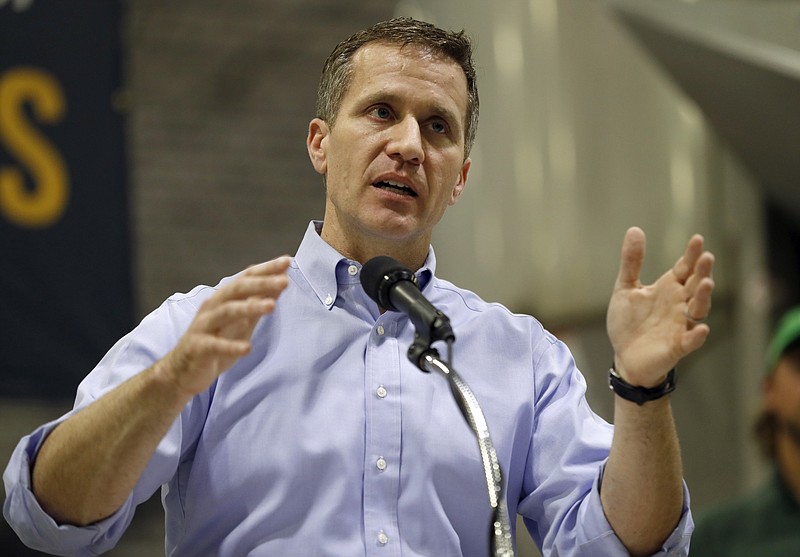 JEFFERSON CITY, Mo. (AP) -- A newly publicized email is shedding more light on how Missouri Gov. Eric Greitens' campaign came into possession of a donor list from a veterans charity he founded, just as Greitens was preparing to run for office in early 2015.

The St. Louis Post-Dispatch reported Tuesday that it had obtained a copy of an email showing that The Mission Continues donor list was sent from a Greitens employee to two people who were among Greitens' first campaign staffers.

The Associated Press reported in March 2016 that Greitens' campaign had obtained the donor list and had raised about $2 million from people who had previously given significant amounts to The Mission Continues.

Federal law bars 501(c)(3) charities such as The Mission Continues from intervening in political campaigns on behalf of candidates. The Internal Revenue Service has ruled charities cannot give donor lists to politicians but can rent them at fair market value if made available to all candidates.

Greitens initially denied to the AP that he had used the donor list for his campaign. But last April, he agreed to pay a $100 penalty to the Missouri Ethics Commission for failing to disclose that his campaign had received the charity's donor list. Greitens' campaign amended its reports to show the donor list as an in-kind donation valued at $600 from Danny Laub, a Greitens campaign worker.

The email obtained by the Post-Dispatch shows that Krystal Taylor, whose LinkedIn profile said she was a vice president at the Greitens Group, sent the donor list to Laub and Michael Hafner on Jan. 6, 2015. According to her profile, Taylor had worked at the Mission Continues until May 2014, the same month the list was created.

Greitens officially formed an exploratory campaign committee on Feb. 24, 2015. His amended campaign finance reports showed The Mission Continues donor list as being provided to the campaign on March 1.

Last week, Greitens was indicted on a felony invasion-of-privacy charge for allegedly taking a photo of a woman "in a state of full or partial nudity" without her consent and transmitting it in a way that allowed access by a computer. The alleged incident occurred in March 2015.

Greitens has acknowledged having an affair in 2015 with his former hairdresser but hasn't directly answered questions about whether he bound the woman's hands, blindfolded her and took a photo while warning her to remain silent about their sexual encounter -- as the woman alleged in a conversation that her then-husband secretly recorded.

The grand jury is not limited to hearing testimony about the affair and could explore other allegations related to Greitens.

The Missouri House also has formed a seven-member committee to investigate the allegations that led to Greitens' indictment. That committee will determine whether to recommend impeachment proceedings to try to remove Greitens from office.