As Gaza deteriorates, Israel turns to the world for help 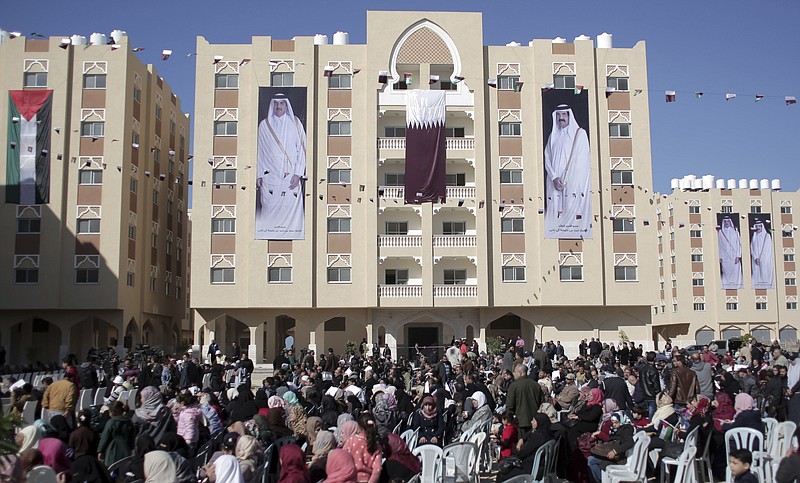 GAZA CITY, Gaza Strip (AP) - Four years ago, Israel inflicted heavy damage on Gaza's infrastructure during a bruising 50-day war with Hamas militants. Now, fearing a humanitarian disaster on its doorstep, it's appealing to the world to fund a series of big-ticket development projects in the war-battered strip.

In a windfall, the wealthy Gulf Arab state of Qatar, a key donor, has become an unlikely partner in Israel's quest, and has urged other nations to follow suit.

But it remains unclear whether the rest of the international community is in a giving mood.

Donors said while there have been some successes with reconstruction since the 2014 war, Israeli bureaucracy and security reviews are still too slow and Israel's ongoing blockade of Hamas-ruled Gaza is stifling the broader goal of developing the territory's devastated economy.

"Israel now realizes the growing humanitarian crisis in Gaza and its impact on the population," said the World Bank, which has helped oversee international reconstruction efforts. "Donors will be more encouraged to invest if the right conditions on the ground are put in place to allow sustainable growth."

Gaza, a tiny strip of land sandwiched between Israel and Egypt, has seen conditions steadily deteriorate since Hamas overran the territory in 2007 and took control from the internationally backed Palestinian Authority.

Israel and Egypt clamped a blockade in an attempt to weaken Hamas, and Israel and Hamas have fought three wars. Palestinian President Mahmoud Abbas, hoping to regain control, has stepped up pressure on Hamas by cutting salaries of civil servants and limiting electricity deliveries.

The last war, in 2014, was especially devastating. Nearly 20,000 homes were destroyed, and over 150,000 others were damaged, according to U.N. figures. Hospitals, schools and infrastructure were also damaged.

Following the war, international donors gathered in Cairo and came up with a $3.5 billion reconstruction plan. But only 53 percent of the promised money has been delivered, according to the World Bank, and Gaza's economy is in shambles. Unemployment is more than 40 percent, tap water is undrinkable and Gazans receive only a few hours of electricity a day.

Signs of distress are visible throughout Gaza's potholed streets. Young men sit idly in groups on sidewalks, shopkeepers kill time on their smartphones as they mind their empty shops and the smell of sewage from the Mediterranean often wafts through the air.

Israel blames Hamas, a militant group sworn to its destruction, for the conditions. It says it has no choice but to maintain the blockade, which restricts imports and exports, because the group continues to plot ways to attack Israel.

But fearing a humanitarian disaster that could spill over into violence, Israel has begun to soften its line, echoing warnings by international officials.

"We are well beyond a humanitarian crisis, but on the verge of a total system failure in Gaza, with a full collapse of the economy and social services with political, humanitarian and security implications to match," U.N. Mideast envoy Nickolay Mladenov said.

Looking forward, Israel and the international community have different visions for how to fix the situation.

On Jan. 31, Israeli Cabinet Minister Tzachi Hanegbi and Maj. Gen. Yoav Mordechai, who oversees Israeli civilian policies for Gaza, appealed to an emergency gathering of donor nations in Brussels to deliver hundreds of millions of dollars for long-delayed projects sought by the international community.

"Israel is ready to provide its technological skills and infrastructure to prevent a humanitarian disaster in Gaza, on the condition that the funds come from the international community and that we know that they will not go to strengthen Hamas," Hanegbi told the Ynet news site.

Print Headline: As Gaza deteriorates, Israel turns to the world for help