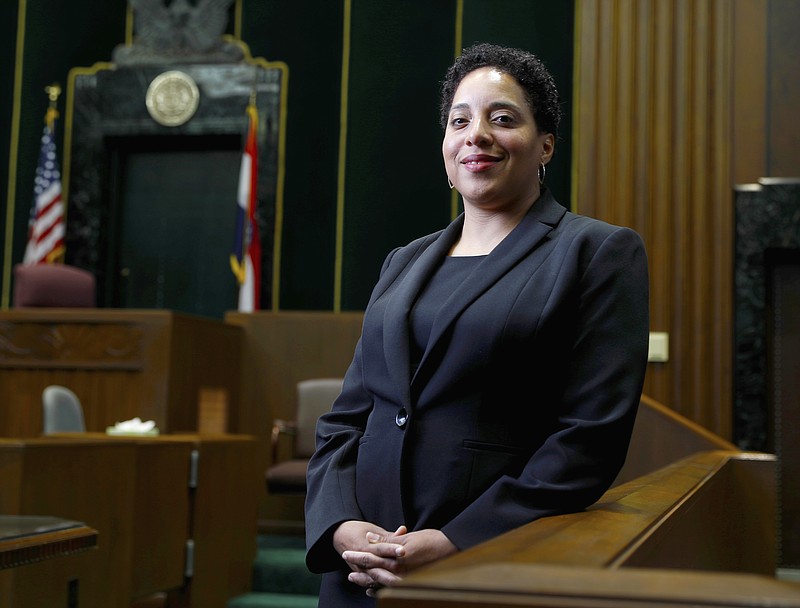 ST. LOUIS (AP) -- An attorney for Missouri Gov. Eric Greitens told a judge Tuesday that the lies and misdeeds of a private investigator involved in one felony case against the Republican governor have also "permeated and corroded" a second case.

Garvey said neither of those offices should handle the prosecution. The circuit attorney's office, he said, is tainted by an investigator who was hired to help with a felony invasion of privacy case stemming from an extramarital affair the governor had in 2015, before he took office. Republican Attorney General Josh Hawley's office shouldn't be involved because Hawley's recent public pronouncements urging Greitens to resign would create an "appearance of impropriety," Garvey said.

Burlison did not rule but took the request under advisement.

St. Louis Circuity Attorney Kim Gardner's office said Greitens is seeking to distract from his troubles even as a special legislative committee considers whether lawmakers should pursue the governor's impeachment.

"The defendant's motivation is transparent: he wishes to disable both the Circuit Attorney and the Attorney General -- the responsible elected officers charged with enforcement of the criminal laws -- from proceeding on a criminal charge, in an obvious effort to delay the cause so as to deflect the General Assembly from pursuing its own agenda," the prosecutor's office said in a court filing responding to the defense request.

It's not the first time defense lawyers have taken issue with the person Gardner's office hired to lead the investigation in the case in which Greitens is accused of taking an unauthorized and compromising photo of the woman with whom he had an affair. The judge already has declined to dismiss the invasion of privacy case over the mistakes of William Tisaby, who has not returned phone and email messages from The Associated Press seeking comment.

Defense attorneys have cited a litany of concerns. Among other things, they've accused the former FBI agent of lying when he said he did not take notes when he and Gardner on Jan. 29 interviewed the woman involved in the affair. A videotape of the interview provided to defense lawyers this month appears to show Tisaby taking notes.

"The actions of the first case have permeated and corroded the second case," Garvey said.

But Gardner said Tisaby had "very limited interactions" in that investigation, which stems from Greitens' use of a charity donor list during his 2016 gubernatorial campaign. Greitens is accused of obtaining the donor list without permission from The Mission Continues, the St. Louis-based veterans charity Greitens founded.

Greitens has denied criminal wrongdoing in both cases.

Meanwhile, the attorney for the ex-husband of the woman involved in the affair is being called to testify to both a Missouri House committee and in the invasion of privacy case after disclosing that his office received an anonymous $100,000 to help the man pay his legal bills.

Attorney Al Watkins said he was issued a subpoena by a House investigatory committee seeking more information on two $50,000 payments he says a courier delivered to his office in January, just before the governor admitted to the affair. Defense lawyers also said they will subpoena Watkins for a deposition in hopes of learning more.

Watkins said after receiving the payments, he was contacted by an intermediary and deduced from the conversation that the money was for the ex-husband's legal bills.