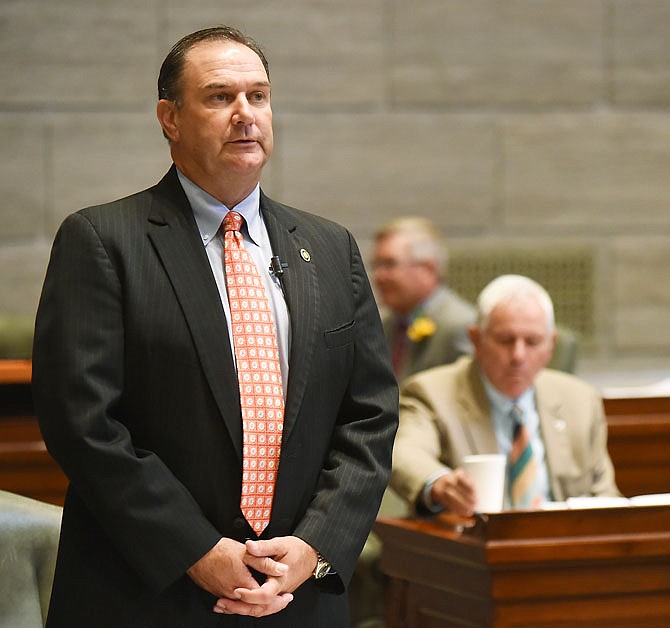 "I take no pleasure in calling for the governor's resignation. But I do know our founding fathers devised a system of government which is greater than one person and able to handle this scenario," Kehoe said in an emailed statement.

Kehoe's statement came the day after a House committee issued a report including testimony from a woman with whom Greitens had an extramarital affair in 2015, who testified that he threatened to distribute a partially nude photo of her if she spoke of their relationship. The report testimony also details the couple's physical encounters, in which Greitens allegedly slapped, grabbed or shoved her on multiple occasions.

"The investigation is not a 'witch-hunt', nor are the contents of the report 'tabloid trash,'" Kehoe said, referring to claims Greitens made Wednesday before the report's release. "The governor will have his day in court to determine his guilt or innocence on the charge he was indicted for."

Kehoe called the contents of this report "disturbing and disgusting."

Should the governor choose not to resign, Kehoe said, Greitens "not only burned bridges, he has blown them up to where it will be impossible for him to effectively lead the state going forward. Remaining in office reeks of the self-serving actions of a 'career politician' the governor has mockingly derided since his inauguration."

Senate President Pro Tem Ron Richard said Thursday the allegations against Greitens are indefensible, the Associated Press reported. He didn't call on Greitens to resign, saying it's the House's responsibility to decide whether to impeach him.

The Legislature's leaders said Wednesday they are considering calling themselves into special session to deal with Greitens' legal situation.

Missouri Senate Democrats are considering stopping all votes on House bills to keep them from appearing on Republican Gov. Eric Greitens' desk.

The suggestion came after work effectively ground to a halt Thursday amid long speeches by several Democratic senators reacting to allegations in the House report.

Senate Minority Floor Leader Gina Walsh later said her caucus will meet next week before the Senate resumed work to decide how to proceed. Walsh says she doesn't think any legislation signed by Greitens should be law.