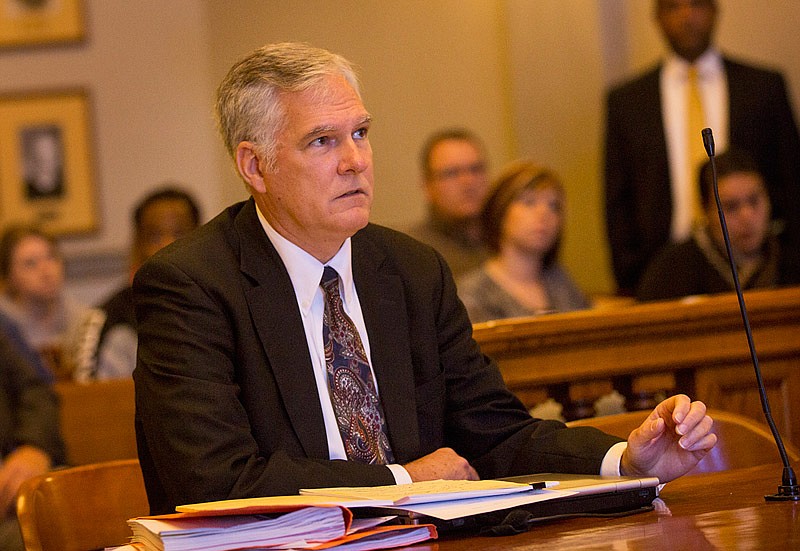 Those records involved communications between Richardson's office and the Mustang Drug Task Force.

But, Malin argued in a December 2015 lawsuit, Richardson provided a denial letter to the first request in April 2015, telling Malin: "The records you requested, even if they existed, would not be categorized. To search, categorize, and compile such records would be unduly burdensome. The costs to find and copy would be hard to calculate. Without confirming or denying the existence of records you requested, any official records of this office would be closed to the public."

"Government entities all over the state routinely disregard their responsibilities under the Sunshine Law because they believe they will not face any consequences even if a court finds that they violated the law," Dave Roland, director of litigation at Freedom Center of Missouri, said in a news release Tuesday.

Roland, working with the ACLU, filed Malin's lawsuit after first sending Richardson a letter explaining not only that Richardson was violating the Sunshine Law but warning Malin would sue if Richardson did not comply with the requests.

Joyce said last month she would rule in Malin's favor and asked Roland to prepare the order.

Joyce also wrote: "Despite this knowledge, he intentionally refused to provide records - or even search of any responsive records - and he did so with full awareness of the consequences and with conscience design to violate the law. There is no support for Richardson's position that the Sunshine Law did not require him even to search for (much less produce) the records responsive to Malin's requests."

After specifying seven separate violations of the Sunshine Law, Joyce ordered the prosecuting attorney to pay a civil penalty of $12,100.

Tony Rothert, the ACLU of Missouri's legal director, said in a news release: "We hope that this case will serve as a deterrent to government officials who consider not being transparent. The Sunshine Law ensures an open government and helps establish trust between the government and the people it represents."