Work in Missouri Senate slows as end of session nears 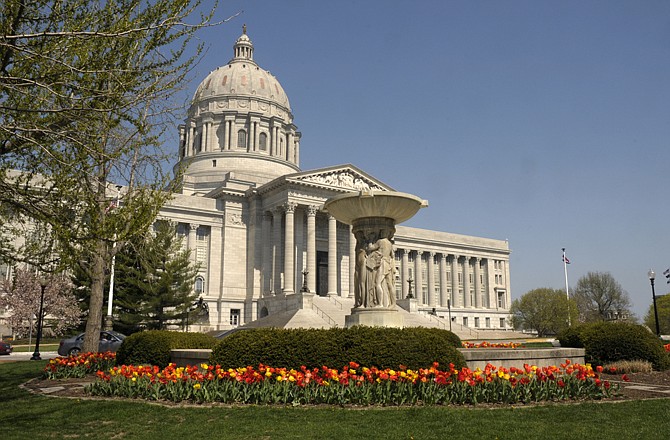 JEFFERSON CITY, Mo. (AP) -- Work in the Missouri Senate ground to a halt for the second consecutive day Tuesday as lawmakers face a deadline to send bills to Gov. Eric Greitens' desk in less than two weeks.

Senators adjourned within minutes Tuesday after doing essentially nothing Monday. The session ends May 12, putting a time crunch on the Republican-led Legislature to push bills through to the Republican governor.

Assistant Majority Floor Leader Bob Onder said the Senate adjourned to give lawmakers time to work on the budget, which is due Friday.

The standstill on other bills follows threats from Sen. Rob Schaaf to block legislation until there's debate on strengthening state ethics laws. He said on Monday he reached an agreement with colleagues to allow work to move forward on the budget.

Schaaf, a St. Joseph Republican, is renewing calls for more transparency in donations after a nonprofit pushing Greitens' agenda launched attack ads against him.

Currently, donors to the nonprofit A New Missouri can remain secret. Schaaf wants to change that.

He appeared Monday to have the support of several other senators.

"The first thing that needs to happen is we need to take up the ethics bill and push for a dark money ban," Schaaf told colleagues Monday on the Senate floor. "The people of Missouri want ethics reform, and they don't like these games that are being played."

Further complicating things is the absence of Senate Majority Leader Mike Kehoe, who went to his farm near Rolla over the weekend and was not able to return to Jefferson City because of flooding. Kehoe is sponsoring an ethics bill that would limit lobbyist gifts.

This isn't the first time in recent years that work in the Senate has slowed to a crawl.

Democrats led a 37-hour filibuster last year -- the longest continuous debate in recent Missouri history -- in opposition to a proposal to create religious protections for those objecting to gay marriage. After Republicans used a rare procedural move to force a vote, Senate Democrats in response stalled action in the chamber for days.

The Missouri Legislature also came to a standstill the day before the end of the 2015 session after the former Republican House speaker announced his resignation amid a scandal and Senate Democrats blocked all debate because of lingering animosity over a bill limiting union powers.