Perspective: House passes bill to increase litigation and take away your rights 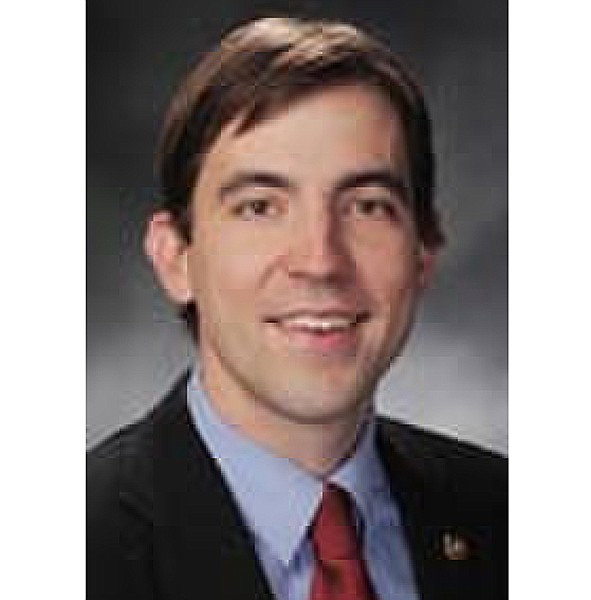 Out-of-state plaintiffs who suffer out-of-state injuries due to the actions of out-of-state defendants do not belong in Missouri courtrooms. Nevertheless, in the past few years, creative lawyers in St. Louis figured out a way around this common-sense idea. Using an old and useful legal doctrine known as joinder, these lawyers would file suit on behalf of a single Missourian who was harmed by a defendant, and join that lone Missourian's claim together with the claims of dozens or up to 98 other people from different states.

In November, the Eastern District Court of Appeals explained this was the result of the language of current statutes - and one judge advised, "To the extent that this practice is seen as a problem, it is within the power of the Legislature to 'fix it.'" Accordingly, several bills have been filed this session with the stated goal of ending the "out-of-state plaintiff" problem.

Of course, nothing can be so simple. In 2008, Rahm Emanuel infamously said, "You should never let a good crisis go to waste." Rather than simply fixing the out-of-state plaintiff problem, narrow special interests crafted legislation that overreached. Here's how:

Fact Pattern One: Paul is hurt in a car collision in Osage County where the other driver crossed into his lane of traffic and hit him head-on. Paul is taken to a Cole County hospital. He has symptoms consistent with a closed head injury, but they go undiagnosed and he is sent home, where he collapses the next morning from a cerebral hemorrhage.

Under current law in Missouri and every other state in the country, Paul only needs to file a single lawsuit against both defendants. He is not forced to waste taxpayer money on two judges, two court reporters and two juries. The defendants are not at risk of inconsistent judgments in two different cases.

Fact Pattern Two - A major corn seed producer sells a product to farmers containing a genetic trait that is not approved for sale in foreign countries, even though the seller states it is. Corn growers in 30 Missouri countries purchase the defective product and suffer economic losses. Should the corn growers be allowed to file a single lawsuit (with each individual plaintiff responsible for proving their own individual damages but able to prove the defendant's responsibility on a common basis)? Or should the corn growers be forced to file 30 different lawsuits in 30 different Missouri counties, occupying the time of 30 judges, 30 court-reporters, 30 juries and very likely requiring the defendant's executives to give 30 separate depositions?

Under current law in Missouri and every other state in the country, the corn growers can join together to file a single lawsuit. Under the concept of joinder, taxpayer resources are conserved, the defendant is not subject to interminable litigation in multiple counties, and the parties are not subject to inconsistent judgments.

As it originally made it to the floor this week, House Bill 460 would have eliminated all in-state cross-county joinder in Missouri. In our not-so hypothetical situations, Paul's situation would require two separate lawsuits and the corn grower case would require 30 separate cases.

On Tuesday, I filed an amendment to HB 460 to fix these two problems with the bill - and narrow its focus to the out-of-state plaintiff problem only. After a lengthy debate, it was obvious that my amendment was going to be adopted. The bill - with my amendment pending - was laid over, i.e. postponed for the day. On Wednesday morning, another member offered a substitute amendment. To that member's credit, the substitute amendment fixed the defendant joinder problem in HB 460. As amended, Paul's claims can still be heard as a single case. But the amendment did not fix the problem with joinder of plaintiffs.

To be fair, the other side claims it is too easy for the plaintiffs to join in St. Louis City court - the effect of the joinder rule is every similar case will be filed in large, liberal locations. But the rational fix for that problem is not to purposefully make our legal system less efficient. Instead, it is to create a system fair to all litigants and responsible to taxpayers - a system that allows cases to be joined together, but does not skew the location. Reform like that would not be difficult to enact, but the bill's special interest proponents are not interested in an efficient or fair legal system. Instead, they seek to eviscerate the rights of ordinary Missourians by making our system less efficient and more expensive.

It's quite the irony, tort "reformers" always claim they want to reduce litigation. But if passed in its current state, HB 460 will increase the number of lawsuits, resulting in more depositions, more motions, more hearings, more experts, more trials and more costs for everyone. There's nothing conservative at all about that.

House Bill 460 is a revealing scam. Like a shady car dealer pushing a lemon, the proponents of most bills in this area rely on the fact some buyers won't look into the details - and hope you're one of them. They say one thing, but their true goal is something else - it's take away the rights of ordinary citizens just like you.