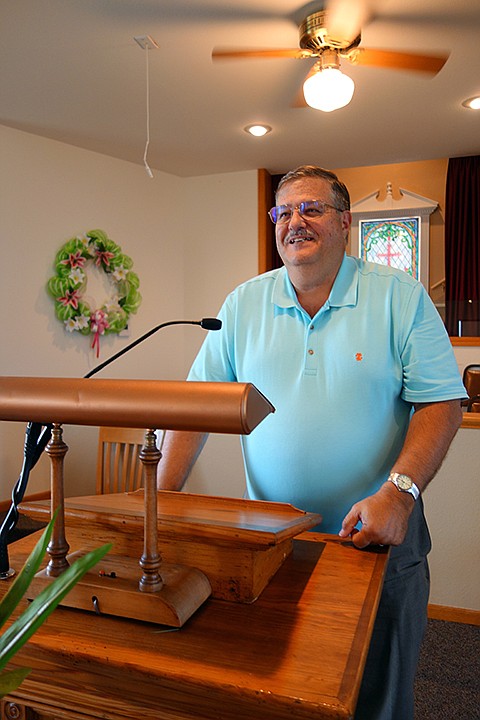 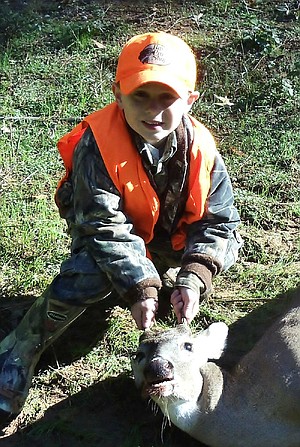 Photo by eric robbins
Photo submitted by Eric Robbins Zack Robbins killed his first deer near Blevins with an AR-15. His father Eric Robbins said the rifleís collapsible stock allowed him to fit the gun specifically to Zackís small frame. He shot the deer at 45 yards with a Remington Hypersonic 62-grain bonded bullet.

Approximately 190 years ago, a group of men and women traveled west in covered wagons to the 6-year-old state of Missouri, where they founded a church in the little pioneer community of Lookout Settlement.

The year was 1827. Before the railroads, sewing machines or Andrew Jackson's presidency, this small band of faithful worked together to found Sardis Church, now known as the First Baptist Church of Elston.

Commitment to their beliefs and each other remains in those who keep the flame alive in this small congregation, which has grown from seven original founders to a membership of about 100 people, worshiping at the Route T and Elston Road location about 10 miles from Jefferson City, dedicated in 1969.

The congregation will celebrate its 190th anniversary at 10 a.m. Aug. 20 with a special service featuring gospel music by the Missing Pieces ensemble and Jonathan Shinkle, son of Concord Baptist Church pastor Monte Shinkle. Concord Baptist Association Director of Missions Calvin Brownwill will address the church's past contributions to the association and future challenges. The Missouri Baptist Convention, which represents Southern Baptists in Missouri, will present a commemorative plaque in recognition of the congregation's longevity and contributions to the state convention.

Pastor David Fitzgerald credits the like-minded beliefs of the congregation's membership and visiting worshippers for holding the church together throughout the decades.

"The unifying factor is the shared beliefs," he said, predicting about 100 people will attend the celebration.

Fitzgerald has led the church for the past five years. During the Sunday service July 30, he described the congregation in four ways. "No. 1, it's God's church," member Janice Roush said as she recalled the sermon to her smiling pastor. "Second, it's my church because I can give my talents. I can give support, and I can get support. It's your church because you give your talents. You give support; you get support. It's their church because together we can (join) our support and our talents to God's mission of spreading the gospel."

The church takes pride in its missionary history. Members assisted in organizing Jefferson City First Baptist Church, constituted in 1837, and Centertown Church, founded in 1860; and funds were sent to help build a church in Russellville after the turn of the century.

Although they helped to create other churches, the congregation joined with two other Christian faith groups - the Southern Methodist Church and the Cumberland Presbyterian Church - into their house of worship in 1869, after the Civil War. The three shared the Elston Community Church, which spanned three successive structures, one of which burned down after a lightning strike in 1924. After about 62 years, the Presbyterians stopped using the church, and in 1961, the Baptist congregation moved to a 100-year-old school building. Construction of Elston Baptist's current home began the following year.

Roush was baptized in the church as a little girl and sees it as a reliable place in a chaotic world.

The church has fewer young members these days and most of the congregation is getting older, but they have a lifetime of memories to cherish. Lively Halloween parties, heart-warming Christmas programs and fried chicken dinners were some favorite recollections of the Wednesday evening prayer group. They seemed to value both the work and fun of the events, as long as everyone was together.

"We had the best carry-in meals, and we didn't even have running water," Darlene Gilpin said. "We carried in heated water to wash the dishes. We used to have the best times in that little church. I have nothing but happy memories here."

David Thomas said he isn't a member of the congregation, but he comes to the church because of its strong faith community. "If you want to be around the best family in the world, you come here."