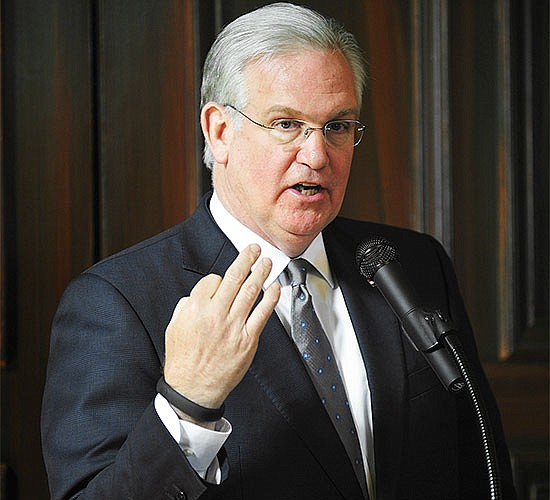 Nixon signed legislation providing a tax exemption for Missouri residents who are active duty members of the Armed Forces stationed in the state. It allows these individuals to receive an income tax deduction for income earned. An active duty member's income can also be deducted for the combined income with a spouse to discover the couple's taxable income.

"Members of the military who are stationed out of state can already deduct 100 percent of their earnings, so it's only fair to give the same benefit to our service men and women stationed here in Missouri," Nixon told media Tuesday.

He signed other bills that:

Give nonprofits and other organizations greater chances to receive refunds if they are charged sales or use tax incorrectly;

Specify property that is not being mined but could be mined in the future will be assessed based on how the real property is being used;

Clarify a state and local tax exemption for internet access and use.

Create stricter courtroom qualifications for expert witnesses. Nixon said the bill would have increased the difficulty and expenses of parties to bring forward a case and collect damages.

Change the collateral source rule, stipulating plaintiffs receive compensation for medical payment cost, not value. This bill would have "abandoned Missouri's well-established, common-sense way" of how a person shows the extent of injuries "by showing a jury the value of medical care required for their treatment," according to a Nixon press release.

Make animal owners who are proven negligent to be liable for damages to another's property. This would change the animal trespass law, Nixon said, "shifting the risk to innocent neighbors."

Create a tax break would have called for the state to give refunds to those who paid taxes on money from federal agricultural disaster payments. The legislation "could eviscerate the 2017 budget by requiring the state to issue over $50 million in refunds for taxes paid on payments specifically intended to replace lost income," according to a news release.

Allow an income tax deduction for 50 percent of net capital gains when companies switch to employee ownership. Legislative researchers had estimated it could cost up to $10.3 million each year starting in fiscal year 2018.

Mandate a hearing within 60 days of a state employee or school district employee going on administrative leave. The bill would make it more difficult for government employers to take disciplinary action against employees who have engaged in malfeasance by mandating new notice requirements and determination hearings, Nixon said.

Make changes to the Clean Water Commission member requirements. Nixon said the legislation would "shift the balance of power" from the commission to special interests. The bill would eliminate the number of public members and allow it to function without public members.