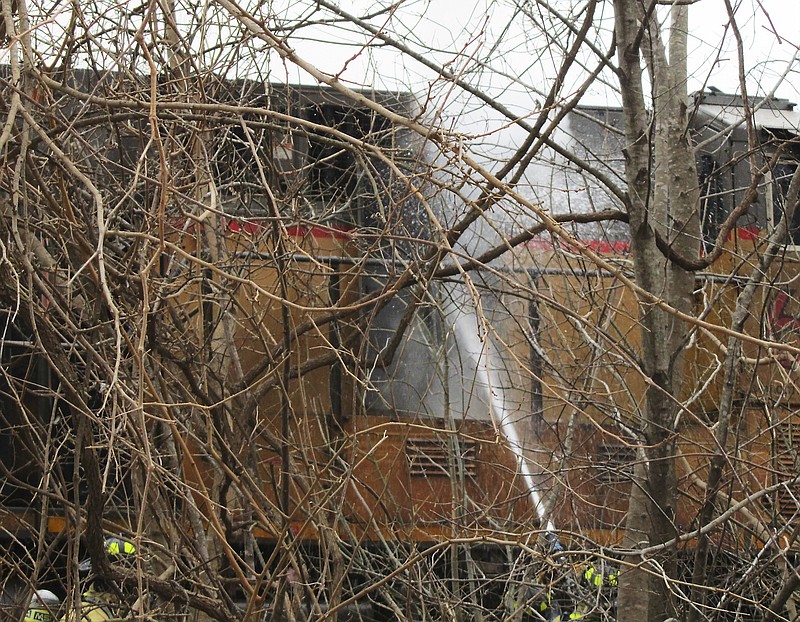 Firefighters from multiple fire protection districts responded to fire in a Union Pacific engine trailing a coal train as it traveled through Bonnots Mill on Tuesday.

The fire was first reported around 8 a.m. to the Jefferson City 911 Center.

Initially, Jefferson City Fire Department crews were dispatched to meet the train, which was headed east and believed to be in the Militia Drive area.

However, a few minutes later, updated information changed the location of the train to Osage County Road 416, which is near the Osage River access in Bonnots Mill.

Law enforcement officials on the scene said the coal train was about a mile long.

The fire occurred in the engine at the end of the train, sometimes known as the pusher engine. No one was inside.

Once firefighters arrived on the scene it didn't take but a few minutes to put the fire out.

It appeared the fire was contained to the engine compartment of the locomotive. No injuries were reported.

The train was going from Wyoming to Illinois, and the engine would be left in Illinois to be repaired.