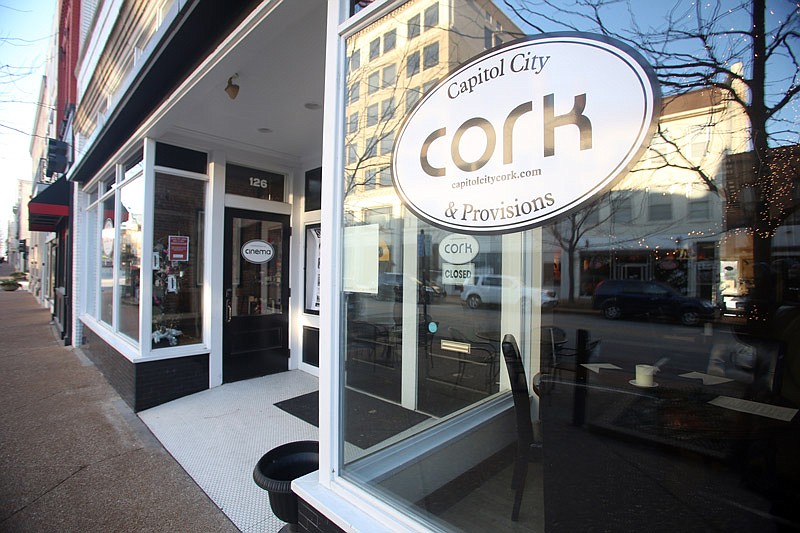 Jefferson City's downtown has been praised many times over for its character and charm.

Along that cohesive streetscape is the mirrored storefronts building at 124-126 E. High St.

One of the "newer" buildings in the block, built in the 1920s, the property replaced a turn-of-the-century building, which housed the "Clean Sanitary Grocery" store, according to the city's Landmark nomination.

"Sawdust was reputedly kept on the floors with the claim that this kept the floors clean," the write-up said.

In the 1920s and 1930s, Otis Wright operated a grocery story out of 126 and for a time shared space with the Veterans of Foreign Wars chapter.

Schott Brothers Tailors occupied 124 and shared the space with a variety of neighbors. In 1925, Dr. Richard Dorris and Dr. Standley Howard were there. In 1931, it was Greene County Building and Loan Association, Jones Ruth Tazewell Agency and the Girl Scouts of America.

By the 1960s, the storefront was covered with a facade, a trend popular in business districts at the time.

The current owners, Scott Penman and David Winton, removed the facade and restored it to its original streetfront in 2006. In particular, they were able to save the white glazed tiles and the "egg and dart" trim outside and tin ceilings and original floors inside.

"The result is an aesthetically pleasing historic building with all the necessary modern adaptations for a state-of-the-art office space," the city nomination said.