A Scottish immigrant brought his family's trade with him in 1856.

The Tweedie family continued in the shoe industry for another four generations. 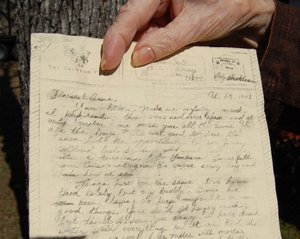 The last remnant of that once-dominant commercial trade is the downtown storefront at 122 E. High St. The Tweedie Footwear Corporation once filled the north end of Jefferson Street with factories after moving out of its original Jefferson City location inside the Missouri State Penitentiary.

Named a city Landmark in 2004, the Italianate, three-story building also is part of the Missouri State Capitol Historic District, listed on the National Register of Historic Places in 1976.

"Due to the district's proximity to the Missouri River, commerce and transportation have played a large role in the community's growth and development: first through the river traffic, from flat boats to steam boats, and later by river barges and by the railroad, which established a right-of-way along the river bank," the national register nomination said.

Built about 1885 of stone, brick and copper, the building contributed to the post-Civil War commercial expansion, according to a 1990 State Historic Preservation Office architectural/historic inventory survey.

The main floor served as a saloon and theater, later a pool hall and feed store and finally a shoe store for about 70 years. Since then, it has seen a variety of commercial enterprises.

The Tweedies were not the first to operate a shoe store at 122 E. High St. D.C. Weatherby operated the Weatherby Shoe and Furnishing Goods Co. as early as 1900 there, with two apartments above.

By 1938, offices began to replace the residential apartments above. And in 1969, the upper level had divided the two spaces into four.

The shoe store took the familiar Tweedie's Shoe name after 1969.

The Tweedie shoe had no superiors and few equals, wrote former employee Dale Turner in 1984 for the News and Tribune. It was the standard of women's quality shoes from coast to coast, he said.

The A. Priesmeyer Shoe Company opened with John Tweedie Sr., a partner in 1874, relying on contracted prison labor inside the Missouri State Penitentiary. After the use of prison labor was deemed illegal, the company moved its headquarters to Jefferson Street and provided civilian jobs.

The Missouri State Penitentiary was the center of shoe manufacturing, being the largest producer west of the Alleghenies, Ford's history said.

The chamber financed the cost of re-establishing the shoe factories outside the prison, to manage the financial crisis, which turned out to provide many civilian jobs, Ford said.

By 1917, Tweedie was full owner and the company was the oldest family-owned shoe factory west of the Mississippi River, Turner wrote.

After World War I, the Tweedies had a factory in St. Louis to make women's spats, and opened another factory in Versailles in 1929. To keep the Versailles shop open during World War II, they made tent shelters and other canvas products.

The business also opened the factory on Bolivar Street, near the old St. Mary's Hospital.

William Tweedie Sr. designed the invasion jackets worn by the U.S. troops on the beaches of France in June 1944, Turner said.

The company also sent more than 300 employees to the war either through the National Guard or the draft. While away, the employees received letters of support from their employer. 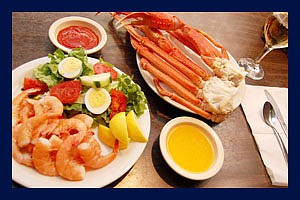 In the midst of the Great Depression, the Jefferson City News and Tribune reported in 1935 that Tweedie's business was thriving and employed 557 people.

Even after the industry closed in the 1960s, employees continued to get together for an annual reunion picnic, Turner said.

Tweedie Footwear Corporation ended its employment of 464 workers and the manufacturing of shoes in April 1964.

"It was a sad and disappointing end to a family business that had been a dominant part of the Capital City's commercial landscape for 90 years," Kremer wrote.

John Tweedie was born in 1838 in Scotland and learned shoemaking from his father, who passed down the multi-generational trade. John Tweedie immigrated to the United States in 1856 and enlisted in the Union army, where he served from the Battle of Bull Run through Sherman's March to the Sea, according to Ford.

After the war, he constructed national cemeteries for the federal government then became superintendent of the one at Andersonville, Georgia, where he also was involved in the construction of schools for blacks under the Peabody fund, Ford wrote.

He came to St. Louis in 1869 as foreman of the Cochran and Linden Shoe Company before joining A. Priesmeyer in 1872. He moved to Jefferson City in 1874 to manage a new Priesmeyer factory inside the prison.

Charles Tweedie, one of 10 children born to John and Anna Tweedie, was born months before his parents moved to Jefferson City in 1874 and was involved with the business from an early age. Charles Tweedie, who married Lillian in 1899, was the inventor and designer for the company.

Charles Tweedie, who succeeded his father in the business, was a charter member of the Jefferson City Country Club and attended First Presbyterian Church.

Charles' son William Reid Tweedie Sr. was manager and chief administrator in the 1930s and took over following his father's death in 1945. William Tweedie Sr. was an elder at First Presbyterian, a leader in the masonic bodies, was president of the Chamber of Commerce in 1928, served on the school board and the park board, and supported the Rotary Club and the Cole County Red Cross.

William Tweedie Sr. and his son William Tweedie Jr. were there when the expansive industry, where the Jefferson Landing State Historic Site is now, closed in the 1964.

William Tweedie Jr. graduated from Jefferson City High School and advanced to the Western Military Academy in Alton, Illinois, then to the University of Missouri before he enlisted in the U.S. Navy shortly after World War II began, and entered the family shoe business after the war's end.

The fourth generation in his family to operate the shoe business in America, William Tweedie Jr. owned 122 E. High St. as late as 1990.