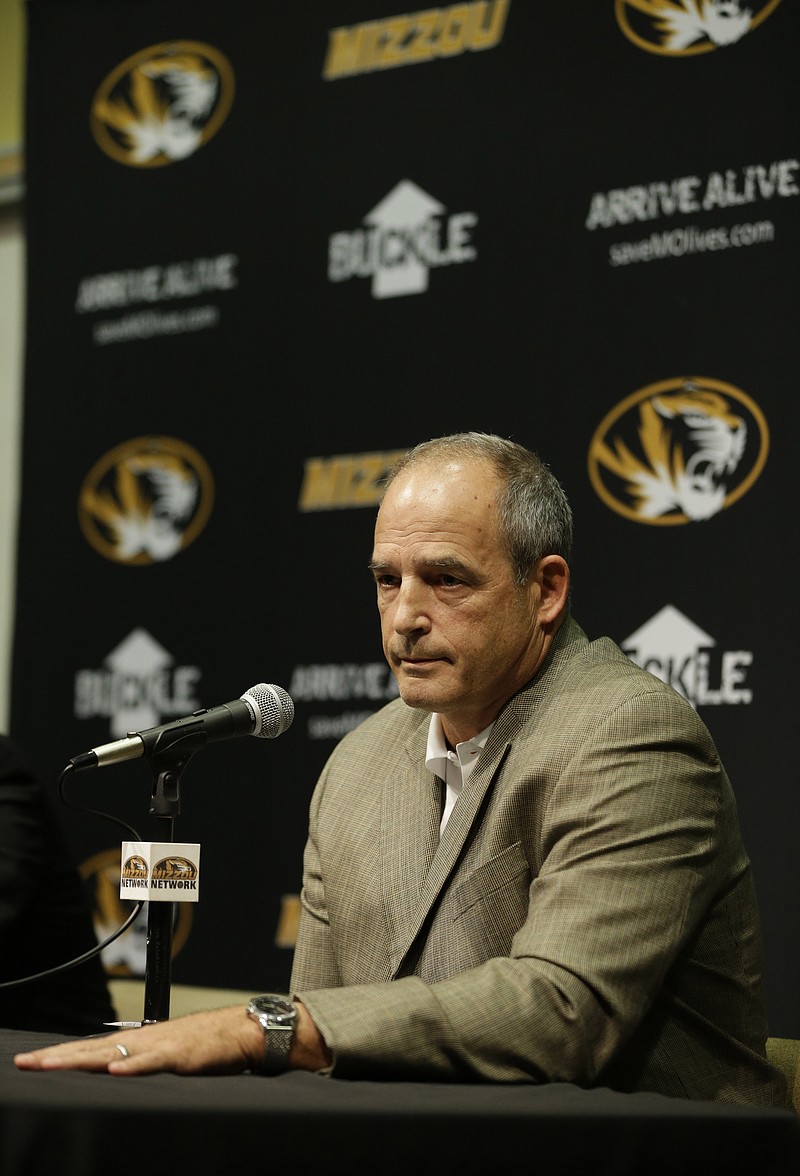 COLUMBIA - Gary Pinkel began his lone radio appearance Tuesday by saying he took a stand. He spent the rest of the interview trying to distance himself from taking another.

Pinkel spoke Tuesday with Kevin Kietzman of Sports Radio 810 in Kansas City, a day after University of Missouri system president Tim Wolfe resigned amid strikes from Pinkel's team and a graduate student refusing to eat until Wolfe stepped down.

In a press conference Monday, Pinkel said he backed the team's boycott of football activities to support his players and to get graduate student Jonathan Butler to end his hunger strike. He and director of athletics Mack Rhoades refrained from aligning themselves with the concerns of Butler and protest group Concerned Student 1950, which centered around the university's handling of racist events this fall.

A tweet from Pinkel's account Sunday professed the entire team's support of the boycott, including the hashtag #ConcernedStudent1950 and the signature "GP," seeming to indicate Pinkel tweeted it himself.

Kietzman asked Pinkel in the interview if he supported Concerned Student 1950, whose name refers to the year in which Missouri first admitted black students.

"No. Not at all," Pinkel said. "It had nothing to do with it. It was just about a young man that was really struggling, and that's what it was about."

Pinkel said the hashtag should not have been included and that he did not in fact send the tweet.

"No, what happened was that I have somebody that tweets for me a lot to get information out," Pinkel said, "and that person should not have put that hashtag on."

He later added: "Again, that organization can do what they want to. No judgments on them at all."

The team's statement announcing the strike Saturday night said they would not play until Wolfe was removed from office. Pinkel declined to comment, however, on Wolfe's resignation or chancellor R. Bowen Loftin's change in position, which was also announced Monday.

"No, I really don't," Pinkel said when asked if he had a comment. "They're both - that's something that the university's system did. It certainly wasn't my intention, but that was secondary to me supporting my players."

"So was that just collateral damage?" Kietzman asked.

"You can describe it anyway you want to do it," said Pinkel, who did not have contact with Wolfe during his team's strike.

The interview turned tense again when Pinkel was asked about the heated interactions Monday between protesters and media. Assistant professor in communications Melissa Click drew criticism when she asked for "muscle" to remove a student journalist from Concerned Student 1950's campsite.

"I guess my question would be," Kietzman said, "I'm assuming you have plenty of journalism students on your team, if they now organized and say they want this lady out for what she did to student journalists yesterday, are you going to support that?"

Pinkel: "Too complex for me."

Kietzman: "How is that too complex?"

Pinkel: "I don't have an opinion on that. I'm preparing for a football game."

Kietzman: "Yeah, but if your players, look, I went to journalism school -"

Pinkel: "I don't like the scenario. I'm not going to answer something that I really haven't given much thought to."

The coach's remaining radio appearances Tuesday were later canceled, according to Danny Parkins of 610 Sports Radio.

Pinkel did say in the radio interview that racism was a problem in Columbia, though he hadn't experienced it personally.

In his press conference Monday, Pinkel repeatedly cited Butler's health as his reason for supporting his players' strike, saying "what his position was, that wasn't what I got involved with."

"I believe they thought that if we don't help (Butler), if he doesn't start eating, he's going to die," he said. "And I don't know anything more serious than that."

Pinkel said Monday he has had players come to him with problems related to racism "one or two or three times" in his 15 seasons at Missouri. He also said he had heard about the racist incidents that occurred on campus the past 90 days, including a student drawing a swastika in feces on a dormitory wall.

"You're aware of it," Pinkel said. "Did I read it and study it and so on and so forth? No. During the football (season) I live in blinders, and I knew it was serious, but obviously I didn't study it with great detail."

In response, Pinkel was asked if he felt he should take more interest in the university, given his high-profile position.