Rooted in her community 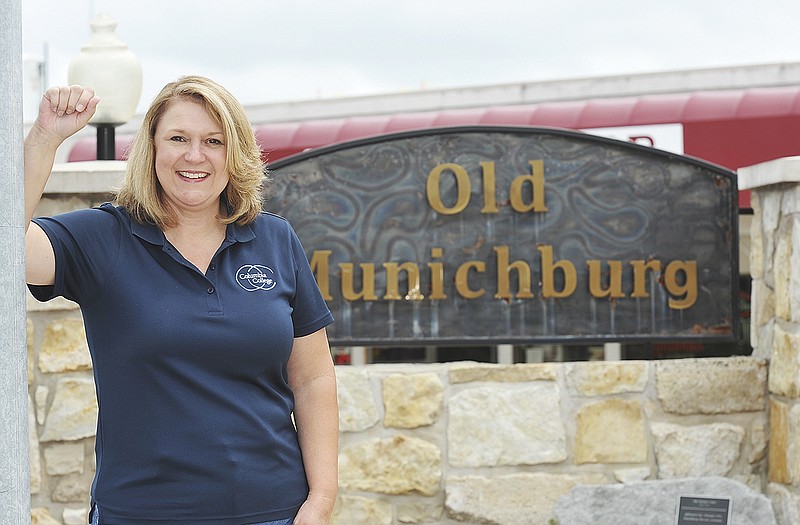 When Becky Bocklage started college, she thought she wanted to teach children. Instead, life took her to the opposite spectrum where she teaches business to adults.

Instead of crayons and scissors, her tools are a keyboard and mouse, as most of the classes she teaches for Columbia College are online these days. Bocklage appreciates the flexibility of online classes as much as her students, since she also serves full time as the school's director.

A genuine "people person" who takes the time to get to know all of the college's students in the hallways and classrooms, Bocklage said, "There's nothing like a conversation generated by interested and interesting people."

She began teaching marketing and management in 1999, moved into the assistant director's chair in 2008 and has been director since 2010.

Bocklage's own college career began five years after graduating high school. And her husband earned his degree after decades in the workplace. Those experiences allow her to relate a little better to the students, most of whom are non-traditional with an average age of 30.

"They're adults with responsibilities," she said. "They fit in the time to do this and do it well."

Her favorite time of year is graduation.

"When I see the students walk across that stage, I'm so excited for them to get to that degree," Bocklage said. "I know what they had to do to get there, the decisions and sacrifices to make that day happen."

Bocklage also understands that where one starts out in life may not be where they end up.

While studying at Missouri State University in Springfield, Bocklage had the opportunity to work part time for an entrepreneur, where she found she liked the field. So she earned degrees, thinking she would like to manage her own small business.

When she returned to Mid-Missouri, things fell in place to open a decorator outlet store, which she operated with her mother and sister for 17 years on the South Side of Jefferson City. Accents closed in April 2012.

But her daughter Hailey Rose, 18, had grown up in the store. So when she was looking for means to pay for international travel, Hailey opened J Street Vintage in August 2014 at the same location in the 600 block of Jefferson Street.

The South Side neighborhood is more than just the location of their store.

She believes she will find in her family genealogy further connections to the area. But for starters, the original owner of their store's lot was a several-greats uncle.

So when the Old Munichburg Association formed in 1995, Bocklage was there from the first meeting.

"I feel connected to that neighborhood," she said. "I wanted to see it revived, not only because we have a business there, but because it's a great neighborhood."

Now, as the organization's president, she proudly looks back at its many accomplishments in the last 20 years, such as the banners, street signs, corner park and mural.

"It has such an historical significance to Jefferson City," Bocklage said. "I think the Old Munichburg Association has raised the perceptions of the South Side, given it an identity."

Looking to the future, many people are looking to live within walking or cycling distance of the workplace.

The South Side is uniquely situated to fill that need, which also contributes to the overall aim to revitalize the German-built corner of town.

In Bocklage's future may be a doctorate degree.

"I love what I do, and I do just fine with the education I have," she said. "But I like to understand things more deeply and would like the chance to be a student again."