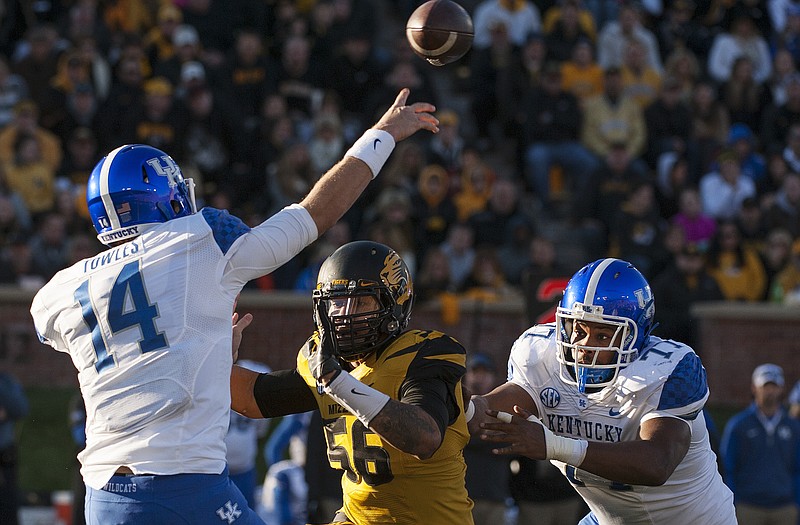 Former Missouri defensive end Shane Ray, who was projected to go in the first round of NFL Draft on Thursday, was cited for marijuana possession and a traffic violation Monday morning.

A Cooper County officer believed Ray to be speeding at 5:46 a.m. on westbound Interstate 70 and pulled Ray over at the 108-mile marker, roughly 18 minutes west of Columbia. The officer detected the odor of marijuana, and a probable cause search revealed a misdemeanor amount of marijuana. According to Cpl. Scott White of the Missouri State Highway Patrol, Ray was cooperative throughout the interaction and did not show signs of impairment from drugs or alcohol. The officer did not smell marijuana smoke in the car.

Ray received a warning for speeding and citations for failing to drive in the right lane and for possession of up to 35 grams of marijuana, a misdemeanor. Ray's driving speed was not available, and White could not say how long Ray was driving in the left lane but said there "wasn't a whole lot of traffic."

Ray was released at the scene after receiving the summons. His Cooper County court date is June 30.

In his junior season at Missouri, Ray set a school record with 14.5 sacks. He also tallied 22.5 tackles for loss. He decided to forgo his final season of eligibility to enter the draft.

Ray was projected as high as a top-five pick by some, though a toe injury suffered in Missouri's Citrus Bowl win has caused concern, and Ray was unable to do most workouts in February's NFL Combine. His performance at Missouri's Pro Day didn't alleviate all worries, but he was still expected to be a mid-first rounder prior to his arrest. Ray was a guest on multiple ESPN programs Friday as he visited the network's studios in Bristol, Conn.

Fox Sports: How far could Shane Ray drop in the draft?

Campus Insiders: Missouri's Shane Ray Slipping Out Of First Round?