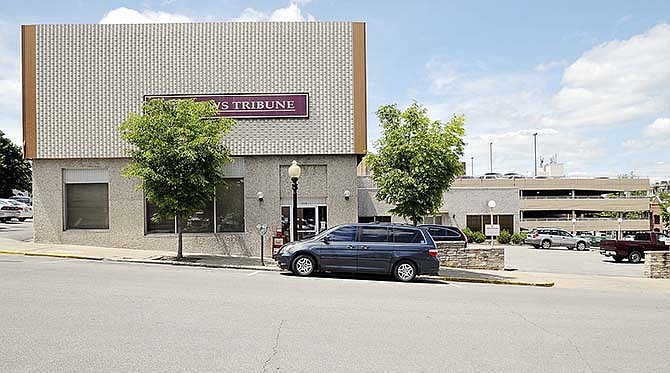 This May 2014 photo shows the News Tribune building at 210 Monroe Street in downtown Jefferson City.

The Jefferson City News Tribune represents more than the heritage of print news in the Capital City; it is the evolution of family traditions. 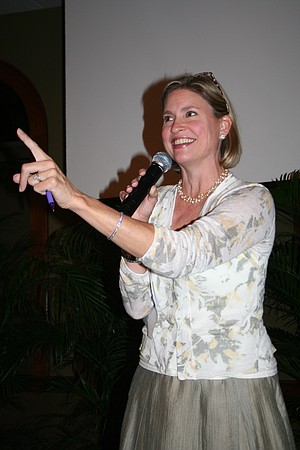 The Palmer-Hussman family began in 1909 with a Texarkana, Texas, newspaper while the Goshorn-Weldon family began before the turn of the 20th century in Iowa.

Today, Walter Hussman Jr., a third-generation newspaperman, heads the Arkansas-based WEHCO Media Inc., which bought the News Tribune in 2008 from the Goshorn-Weldon family, which had operated the business for 81 years.

The city will designate the company home as a Landmark at Tuesday's Historic Preservation Commission awards ceremony.

"It was Bob Goshorn's plan and ambition to build the papers," said the April 1953 story of Goshorn's death. "How well he succeeded will be an everlasting monument which mortar and stone could never adequately express.

"His was a slow, torturous grind which at times must have discouraged even his indomitable spirit. There were political differences and situations to meet ... Again and again he declared that he wanted to build mediums of news dispensations."

They erected a modern building to house their modern plant, "having become one of the major business enterprises in Jefferson City," wrote historian James Ford.

Around the corner on Capitol Avenue was the Capital News, the United Press Bureau, the Tribune Printing Company, the Associated Press Bureau and Missouri Farm Bureau News.

At its back door on Madison Street was the Hugh Stephens Printing Plant.

The 200 blocks of Monroe, Main (later Capitol Avenue), and Madison streets were burgeoning with print companies in the late 19th century and early 20th century.

In 1913, the Capital City News published at 223 Madison; The Chronicle Reporter, a weekly in Cedar City, the Democrat Tribune and The Missouri Volksfreund published from 217 E. Main St. (today the VFW Post 1003); and the Daily Post printed at 316 Madison St.

Just as WEHCO eventually bought the Central Missouri newspapers, including the Fulton Sun and the California Democrat, Winter-Goshorn bought several Capital City newspapers until they held the exclusive print business in town.

Calvin Gunn had established The Jeffersonian Republican, in anticipation of the Missouri Legislature opening its 1826 session in Jefferson City. At that time, national news was at least 30 days old and European news was more than six months old by local publication.

It was the state printing business that was attractive, since it was the official publication of the U.S. government in Missouri.

At least six other newspapers were printed under various headers before The People's Tribune's first edition Oct. 4, 1865, by C.J. Corwin. It then sold to the Tribune Printing Company in 1880.

Through other mergers and buyouts, that original company survived, though its name has changed many times, providing the Jefferson City News Tribune with a nearly 150-year history.

Alongside Hawthorn Bank and Lincoln University, The News Tribune Company can trace its roots in the community to just after the Civil War, when Jefferson City had a population of only 3,000.

The newspaper has been essential in keeping residents informed of progress and setbacks within their community, as well as national and international news.

The News Tribune and its predecessors have captured significant community moments in ink, including the 1896 completion of the city's first Missouri River bridge, the second Capitol's burning in 1911, the 1954 riot at the Missouri State Penitentiary, the 1968 riot following the death of Martin Luther King Jr., and the Great Flood of 1993.

The first press at 210 Monroe St. printed with the dangerous hot-type process. By the 1940s, they used the cumbersome linotype. And cold-set printing came in the 1970s.

In 2006, they opened a second location for the MAN Roland Uniset 75 press, which provides safer, cleaner, faster and more versatile digital technology.

While the Palmer-Hussman company expanded WEHCO into other communities, the Goshorn-Weldon company focused on its own town. But through three centuries, the families and company have shared the same tradition - bringing media to the masses.

Through the 1920s and 1930s, both Goshorn and Palmer were doing the same thing that was happening across the nation - consolidating newspaper operations.

A decade after serving in World War I, Robert Goshorn brought his news sense from Winterset, Iowa, where his father worked in newspapers for 53 years. Goshorn bought out his partner in the Jefferson City news venture within six years.

Three years later, he took hold of radio, when in December 1936 he established KWOS, which went on the air when only 30,000 radios were in five counties.

Later, Betty Weldon fulfilled her late father's dream of expanding to television in 1954, giving the station her father's initials at KRCG. Weldon became publisher of the News Tribune in 1959, following in the footsteps of her parents.

As publisher of the News Tribune, she continued the commitment to give the community "an independent voice."

"The family had a good sense of business and media that gave them credibility to stand on an issue that was good for the community," said the late Bob Blosser, who started with the company as a printer's devil in 1932.

In a similar evolution, Clyde Palmer introduced the first radio station in Texarkana in 1933 and television followed in 1952.

Palmer used high-speed telegraph in the 1930s to expedite global news and in 1942, he was the first to establish technology to link newspapers instantly. The Palmer-Hussman company also expanded to cable markets in the 1960s.

Walter Hussman Sr., a native of Bland who moved to Arkansas after marrying Palmer's daughter, went to work for his father-in-law after a brief try at selling insurance in the early 1930s.

And now Walter Hussman Jr., who joined the family business in 1970, continues the tradition of bringing media to the masses.

Hussman, who was named Editor & Publisher's 2008 Publisher of the Year, follows the philosophy of his late father: "A newspaper has a number of constituencies. Among those are readers, advertisers, employees, creditors, and stockholders.

"If a newspaper and its publisher always keep those constituencies in that order: readers first, advertisers second, employees third, creditors fourth and shareholders last, then the newspaper will do well journalistically and financially, and the interests of all constituencies will be well served."